adjective. Awesome, cool. excellent. Sometimes emphasized as urleiwand or voi leiwand (totally awesome). Ubiquitous in Viennese slang, its most prominent use is in one of Austria’s unofficial national anthems, “Schifoan” (“Skiing”), in which singer Wolfgang Ambros exclaims “Skiing is des Leiwandste (the most awesome) thing imaginable.”

Stems from the similar sounding Leinwand (canvas, screen, linen), but aside from that, the origin is unclear. Various theories abound: One references the traditionally high price and implied luxury of linen garments; another claims it comes from Viennese criminal slang, where lookouts indicated the coast was clear by saying Ois Leiwand (everything’s canvas), indicating everything’s “picture perfect,” like an oil painting on canvas.

A slightly more elaborate explanation goes back to Vienna’s Bürgerspital (People’s Hospital), an early attempt at health care for the needy which existed from 1257 to 1784: To help fund its charitable work, it received various privileges, including the right to engage in the profitable textile trade and a monopoly on brewing and selling beer in Vienna from 1432. Apparently, the suds served to thirsty merchants at the Bürgerspital’s linen halls were so good it became synonymous with all things amazing.

In its contemporary use, Leiwand is the archenemy of oasch (ass), which, aside from its literal meaning, is also a catchall adjective for all things sucky, lame or derisive. Some of the more waggish left wing political elements have popularized the idiom Für Leiwand, Gegen Oasch! (Pro Awesome, Anti Ass!) as a tongue-in-cheek battle cry. 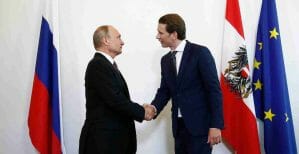 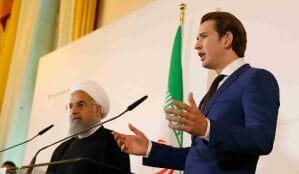