For most of its long history, Vienna has taken a cavalier attitude to stepping out.

Something strange began happening shortly after I arrived in Vienna in 2015. There was more innuendo between the genders – a lot more – than in Berlin, where I’d lived for more than a decade. Handshakes that last a moment too long (one ending incredibly awkwardly with a finger tickling and trickling along my palm – closing a normal journalist–subject interview, or so I thought). Gazes that linger that extra millisecond. And one raised-eyebrow comment, in a work-related situation with a man way beyond party age, that I looked “like I could party all night.” (I went home and checked for dark circles. What does that mean?)

Initially, I was flattered – German men are exceedingly flirt impaired – but then just confused. Strategically dropped comments that I was attached and a mother went unheeded. Was I suddenly hotter? I’m over 40 and am aware of, and completely okay with, the flush of youth and beauty having faded somewhat. Were Viennese men simply more flirtatious? Was it all in good fun, or were all these (married) people angling to actually cheat?

I asked my Austrian boyfriend. Is everyone here hooking up with everyone else?

“It happens a lot, yes,” he said. No further explanation; he’s from the Waldviertel and a man of few words. “So I’m just the newest piece of forty–something meat on the scene?”

“Yeah,” he said, unflinchingly. I was skeptical. Spouses in Austria put up with this? Really?

To get to the bottom of Viennese sexual mores, I dug into some history. In the 18th century, there was so much hanky-panky that even Austrian empress Maria Theresia (irritated at her notoriously unfaithful husband Franz Stephan) instituted a “chastity commission” to spy on randy noblemen from 1751 to 1769. If caught in flagrante delicto, said gentlemen were fined, their wanton women locked away in convents. The libretto of Mozart’s opera buffa Così Fan Tutte (They All Do It, in this case the women), which premiered at the Burgtheater in 1790, is all about fiancé swapping.

And in the fin de siècle period until World War I and the end of the Austro-Hungarian empire, Vienna was famously obsessed with eros – intellectually, artistically and societally. It was a time in which Sigmund Freud thought up and solidified some of his sexy psychoanalytic theories, while Arthur Schnitzler wrote candid explorations of sexually permissive Vienna as he developed the inner monologue to reveal what we were all really thinking about.

Women (mostly from the lower classes) started working outside the home, but some of course ended up in the oldest profession. Ladies called Grabennymphen (Graben nymphs) wandered the 1st district’s central thoroughfare near Stephansdom, and they weren’t expensive.  One of the most famous ones was (probably) fictitious: Josefine Mutzenbacher, heroine of a scandalous 1906 novel depicting her many pornographic escapades. Published anonymously, it is now usually attributed to Felix Salten, later renowned as the author of Bambi.

Why did painter and Secession cofounder Gustav Klimt wear kaftans? Convenience and ease of access for trysts with models in his studio; some art historians speculate that the flush on Adele Bloch-Bauer’s cheeks in Klimt’s most famous portrait was post–coital. Klimt was busy but had two primary lovers: The designer of said kaftans, Emilie Flöge, was the closest thing Klimt had to a wife. But she had to put up with Maria Zimmermann, with whom the painter had two children.

Extramarital affairs happen everywhere, but the Habsburg capital  seemed to be a special case.

How does this translate to contemporary Vienna? I asked some in-the-know locals. One, a higher-up in a major Austrian political party, offered a disarmingly honest answer.

“It’s like France,” he said. “Austria is still a Catholic country, and until maybe the 1980s it wasn’t socially acceptable to divorce. So married people cheated when things got boring or bad.”

“This still happens?” I asked. “Sometimes,” he said. I listened. “And this is okay with the partners?”

“Normally they look the other way,” he said.

So, like France. It’s difficult to imagine Mayor Häupl pulling a Dominique Strauss-Kahn. But the opportunities are there: Vienna boasts an iconic hotel with hourly rates in the storied Hotel Orient (see “Vienna’s No-Tell Hotel”, MET Feb, 2016 ) and the Ritz-Carlton, Vienna offers daytime rates until 17:00, cough, cough, like the French cinq à sept but a few hours earlier and apparently not as often.

According to a study by illicit dating website Victoria Milan, 40 percent of Austrians who have affairs prefer having them in the back seat of a car, compared to 18 percent who’d prefer a hotel room. How romantic.

And times may be changing: The younger generation’s tolerance for stepping out seems much lower than their parents’.  According to Eurostat, fewer Viennese under 40 marry in the first place, and those who do generally expect fidelity.

Agencies have cropped up in Vienna to entrap unfaithful (or potentially straying) partners. One is Die Treuetester, whose studies claim that 88 percent of Austrian men and 25 percent of women have cheated at one time or another – which may seem awfully high, but kisses count too in this study, which for most sets the bar relatively low. More thorough private detectives charge €2,500–5,000 to prove, often to a divorce lawyer, that a partner is indeed deeply involved with a third party. Investigative strategies involve sophisticated surveillance methods, including putting magnetic sensors on a spouse’s car.

At the same time, some Viennese simply acknowledge the impossibility of fidelity – and the high demands placed on a two-person relationship. A group of polyamorists meets in the 15th district each month – not for orgies so much as to chat about having multiple-person relationships (not only bizarre love triangles but even squares or pentagons) and living unconventionally in a society that might not understand or accept them. They might be onto something, like Klimt and Schnitzler back in the day. As Carl Jung wrote to Freud in 1910, “The prerequisite for a good marriage, it seems to me, is the license to be unfaithful.”

Sigh. Months after our interview, I ran into the aforementioned Viennese palm tickler on a plane to Berlin. As we disembarked, he asked whether I knew his Berlin Mitte hotel. I did; it was in my old neighborhood. Then he asked whether I wanted to take a cab there with him and have a drink. By this time I knew he was divorced, but had a girlfriend.

I’d come further in figuring out Austrian men (enough so that I was in the midst of breaking up with my original one). I wasn’t 100 percent sure he didn’t just want to have a drink, which is certainly possible, but I didn’t want to find out. I’m simply too old and, let’s face it, too Anglo-Saxon, to bother with unnecessary complications.

But still, I had to admit, I felt a little flattered. In Vienna, as everywhere else, cheating can be fraught, but a little innuendo never hurt anyone. 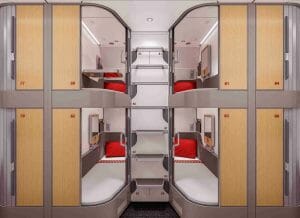 New Nightjets for the ÖBB 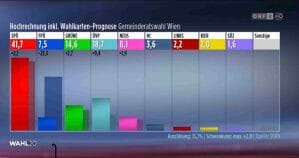 Vienna Has Voted – The Final Results in Detail