On June 26, a committee of the Austrian Parliament passed an amendment by the NEOS that makes same-sex marriage legal for couples living in Austria, even if one or both of the spouses come from a country that doesn’t permit it. With the government expected to enact this legislation, true marriage equality will soon be the law of the land for all people living in Austria – no matter your passport and where you come from.

2019 was supposed to be the year for Austria to put an end to LGBTQ discrimination. However, they now seem to be facing new restrictions and bans with regards to same-sex marriage.

The year started out fairly promising for same-sex couples. On January 1, 2019 they were finally allowed to get married. Two women in Velden, Carinthia, said their “I do’s” five minutes after midnight. Within the next three weeks, 14 other couples followed suit. So far so good.

Now, however, the tide seems to be turning. As reported by the news outlet Der Standard on January 2, the Ministry of the Interior sent out an email to all provincial governments and the responsible Viennese magistrates, saying, “If the country of origin of one of the two parties does not allow same-sex marriage, this restriction would also apply to Austria. Affected couples could, however, enter into a civil union.”

What does that mean?

If you are from Austria and your partner is from Russia, Switzerland, the Czech Republic or any other country that does not have marriage equality, you will not be allowed to get married here either.

Not only does this affect binational partnerships, same-sex couples who have already married abroad before 2019 are also being targeted. Their marriage will not be legally accepted by the Austrian authorities. This has far-reaching consequences as the example of a Portuguese-Austrian pair of men who told their story to Der Standard illustrates: The two married in Portugal in 2015 and sought to have their marriage confirmed in Vienna. The registry office, however, denied their wish. In order for their marriage to be legal in Austria, they now have to get married a second time.

According to Councilman Peter Hanke’s spokesperson, the news regarding the denial of same-sex marriages from abroad reached the City of Vienna by phone. Both these provisions – the denial to grant same-sex marriage to binational couples with a marriage inequality background, as well as the refusal to recognize same-sex marriages from abroad – reportedly will not be implemented until March. Nevertheless, they are to be “accepted as binding”. The ministry emphasized this several times at the city’s request, and the city’s own lawyers have confirmed it.

Although these regulations are not yet legally binding, as long as the authorities treat them as such it will be nearly impossible for people affected by these upcoming restrictions to get married in Austria.

(How miserable must someone be to take advantage of these unforeseen and absurd opportunities to discriminate against the LGBTQ community?)

The Science Behind Homesickness 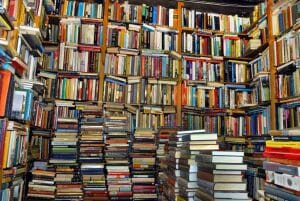