Around Serbs, real life can sometimes feel like walking into a film. Or so it seemed, talking to the Viennese-born Austrian actor of Serbian origin Aleksandar Saša Petrović.

Famous for its vividity and eccentricity, Serbian cinema depicts a nation that is often characterized as able to function normally in extreme situations, while being completely dysfunctional in times of order and well-being. If you are even remotely familiar with Serbian history, then you know that it has seldom been gentle to its people, and this is extremely fertile ground for neurotic creativity, typical of the cult scenes of filmmakers Goran Paskaljević, Emir Kusturica, Slobodan Šijan, Goran Marković, and Srđan Dragojević.

Take the character who cuts an electric wire with his teeth and doesn’t die because “he is mad” (Underground, 1995), or the one that drives a bus full of people blindfolded and in reverse (Who’s Singin’ Over There?, 1980), or the angel and the devil playing rock music together and betting on people’s destinies (We Are Not Angels, 1992). Serbian cinema reflects a specific view of life and world, best reflected through the trademarks of Serbian films: tragicomedy, strong contrasts, eccentric characters, unusual settings (often magical realism), dark humor and strong emotions. At the root of such explosive expression lies something that the Serbs themselves often describe simply as the Serbian mentality. Maybe that is what drives Saša to play such roles as a man buried in the ground by a maniac in On Evil Grounds (2007) or as a prison teacher in his new film, Fuchs im Bau (Fox in a Hole), for which he made several visits to a class in prison to research on the role. So how much of the Serbian (in)famous mentality is part of his life and acting career? And, while we are at it, how did he climb to the top of the Austrian film industry?

When we met one chilly evening at Naschmarkt, he greeted me with one curious question: “Why did you choose me? I am neither a real Serb, nor a real actor…!” and laughed. It was a modest introduction for the star of the popular comedy Die Migrantigen (The Migrumpies, 2017), a man whose story of success itself sounds like a movie. His outfit was an example of urban Viennese fashion – an oversized jacket that he kept from the movie set, a pair of jeans and a winter cap, coupled with a most typical Serbian mustache!

The conversation flew back and forth both in Serbian and German. It was a bit schizophrenic, we agreed, but also the right way such an interview should be taking place. Although he was born in Austria, Saša claims that he never felt Austrian: “I’m Viennese, that’s something special.”

Despite being a star of a big movie hit and awarded honorable mention as the lead actor on the Buenos Aires Rojo Sangre film festival for his role in On Evil Grounds (2007), Saša is very down to earth, always striving for improvement.

Growing up in Vienna as a child of typical Gastarbeiter was fun but not easy, Saša says. A scene from the movie The Migrumpies shows the father of Saša’s character, Marko, explaining how he came to Vienna with just one address on a scrap of paper – this is actually a real-life story of Saša’s mother.

This was one young actor who never dreamed that he would make it to the big screen. “At that time, there were no people with a migrant background anywhere near the film industry, neither on television nor in film,” he said. “I thought that this profession was impossible for me, even though I have always been in love with acting.” He entered the world of film later in life. A series of coincidences – a lifelong friendship and shared love of film with Faris E. Rahoma, who became an actor; an acquaintance with the filmmaker Peter Koller, with whom he collaborated on On Evil Grounds; and an encounter with director Arman T. Riahi – launched Saša’s acting career and brought him both the fulfillment of his childhood dream and wider public recognition.

The project that made all that possible was the famous comedy The Migrumpies, with a script Saša wrote with his friends Faris Rahoma and Arman Riahi. It grew out of an idea for a TV series called Neue Wiener, whose goal was to change the way migrants were portrayed in movies and on television. The project was never realized. They decided to cut a story short and build it around a key scene from one of the episodes: Two friends Benny (Rahoma) and Marko (Petrović), who are both well integrated into Viennese society, pretend to be unemployed petty criminals with a migration background in order to have a TV documentary made about them, until things go wrong and the reality they invented catches up with them.

Such comedic perspective with a catastrophe lurking in the background reminded us of – you guessed it – Serbian films! It was like Frozen Stiff (2002), a story of two brothers Kiza and Lemi, who smuggle their grandfather’s body onto a train, because they have no money to transfer him to his hometown for the funeral. There always seems to be a thin line between madness and meaning in Serbian movies. “I don’t know why. Maybe because it is a life full of problems, situations that require alternative solutions. Where existence is endangered, the meaning of life happens,” he says.

Saša perceives the world differently in German than in Serbian: “I always think in German. But on one occasion when I was in danger, alone in Thailand, I started thinking in Serbian! It made me feel like I was bulletproof, like I was indestructible! And I felt braver. Now, when I think in Serbian, I can get a completely different body language! And sometimes I use it on set to achieve a more genuine and natural perspective.”

And when it comes to two mentalities, Austrian and Serbian: “In few words, life in Austria would be: “Und… Eeeh…,” and life in Serbia: “Live today, who knows what tomorrow brings.” It seems like walking on a tightwire is Serbs’ everyday reality, making it an inexhaustible source of inspiration for extraordinary cinema. 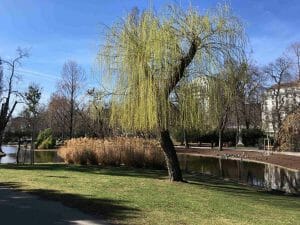 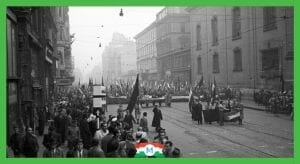 Austria and Hungary – A Century of Immigration