Sometimes being different is an opportunity. In Vienna to be with her partner Todor Ovcharov – well known to the FM4 Radio audience as the “Low-Life Experte” – Bulgarian law graduate Milena Paneva had struggled to find her feet. To practice law, she would need Austrian credentials which will take time; but anyway, she reasoned, the law was “very dry” and “too unrelated to people. Perhaps another Masters program?

Then by chance, she saw a job ad from the Austrian Trade Union Federation (ÖGB) looking for a legal advisor who could speak Bulgarian. Now 4 years later, Milena works for ÖGB and gives free consultations on labor and social security law in her mother tongue.

Her job is a proverbial “hot seat”. She has become the fine, organic tissue binding institutions and destinies. It is a mission that requires more than just work: She is the human factor that makes the system understandable and responsive to the human needs.

Her job puts her in contact with many different Bulgarians, and she developed a broad overview of the various labor groups and the system itself. People come with various backgrounds – some working in large international companies, who often don’t speak German or others employed in tourism or the food and beverage business. Still, one of the largest, and most disadvantaged groups she works with is the care workers.

Mostly from Eastern Europe, these people – mostly women – leave home to come and work as 24-hour personal assistants and caregivers in Austria, hoping to build financial stability, and when they have earned enough, to go back to Bulgaria to take care of their own families. Big promises are often given by employment agencies or passed along in conversations overheard around three corners, where “somebody heard something from somebody.”

Many of them are over 50, and don’t speak the language. Although their work is essential and of a high value, keeping the Austrian health system and its facilities working, they are often exploited because of a lack of information. Milena describes them as one of the “most vulnerable groups”. The problem is not only that they don’t speak the language but also that they come “unprepared for Austria.”

Care workers are “what we call pseudo-self-insured,” Paneva says. “Because they do not meet the criteria for a self-insured person, they are more independent contractors.” But at the same time, they “can’t deal with accounting and administration.”

One of the most common misunderstandings is the Workers Insurance system. The self-employed often think they are automatically insured by the company supplying the job, or directly from the family they are working for. Subsequently, but mostly too late, the worker is confronted with unexpected bills for taxes and social insurance that need to be paid by a date already passed. That is when they turn to Paneva for assistance.

While most are paid-up members of the Chamber of Commerce (WKO) as self-employed, most don’t realize they are entitled to support. And in any case, the WKO doesn’t do consultations in Bulgarian, as the Chamber of Labor (AK) does, where a few are registered. Her goal at ÖGB is to inform them as far as possible and help them address their issues to the WKO or the AK, because this can improve their working conditions.

She also stays in contact with the Bulgarian Chamber of Commerce, makes informational videos, travels to Bulgaria and updates the Bulgarian ÖGB page regularly to prepare the Bulgarians – many of whom are care workers – before they arrive here.

“This group is very important for Austria,” Paneva emphasizes. “The population is aging and the Austrians don’t want to do this work themselves. In the situation of Covid-19, they are in a position to claim their rights.” What’s needed, she said, is a stable legal structure, with transparent information, easy to access and understand for any Bulgarian who decides to come to Austria, what they as EU citizens are entitled to do.

Meanwhile, Paneva has become a respected expert and partner for the Bulgarian institutions here. She is very proud to have translated one of the very important ÖGB guides and made it accessible for the Bulgarian audience “What you really need to know…” Her initiatives and new projects can also be found on Facebook, where she informs people regularly about new regulations or announcements from the government.

Milena feels comfortable in Vienna now. “Because of the work, my knowledge of German improved,” she said, “and I see the impact and importance of my job. This motivates me to become better and to contribute more in the field.” She is still working toward an Austrian law degree, which she thinks will make her even more effective.

But she has finally found the human element that had been missing in the law, she told Metropole. “It makes me feel part of the society. Now that this is my home, I am more interested in Austria than in Bulgaria”. So, while she follows what is happening back home, she wants “to be able to make decisions here as well.” For herself, and for her family. 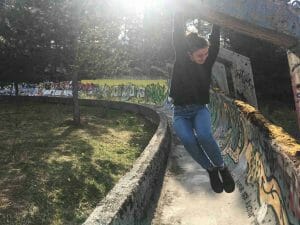 A Tale of Two Passions | Food and Biking at Ghisallo 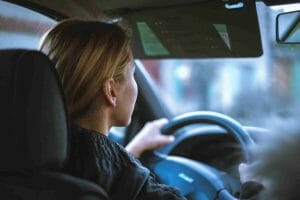