With the platform Own Austria, founders Martin Foussek and Thomas Niss aim to help people make better investments through trust and familiarity

Few Austrians invest in the stock market. Most estimate it between 4% and 6%, the lowest in the EU. With Own Austria (ownaustria.at), Martin Foussek and Thomas Niss aim to make it easy and inexpensive by offering investors a fund of the familiar – things we encounter in our everyday lives.

It all began about six years ago: With degrees in law and business (Foussek) and molecular biology (Niss), they both landed in the consulting business, the former at McKinsey and the latter at BCG and after postgraduate work at Stanford and Columbia they founded an investment company in 2013.

“That’s where the idea was born – to do more than just serve an elite group of wealthy investors,” said Foussek. They wanted to reach the broader public with a “technically good” financial product, a fund of companies ranging from the services and industrial sectors to well-known consumer goods.

It’s about feeling “close-to-home,” an idea woven into every investment choice. “People earn in euros and spend in euros,” explained Niss, as Foussek added, “at the end of the day, it is creating something that has a wide range of sectors and still has a strong euro-focus.” These factors all contribute to the team’s belief in behavioral economics and an investor’s affinity for a brand.

“Of course it also can’t cost too much,” Foussek grinned. One of the main problems with existing investment fund models is that high fees leave the investor with little more than they’d make on a savings account. The fees are often nontransparent – a “perceived complexity” that keeps investors at a distance. “In the end, you’re buying what you don’t pay for.”

So fees stay under 1% of the investment per year. “The whole space where the action takes place – the depot, the transaction costs, all of it – has to be so low cost that it works out for a very small investment,” said Niss. In order for it to be affordable for small-ticket investors, everything has to be priced variably. “Trust is something that you build up with things you know, things that you run into again and again,” said Niss. The New Zealand Bank or Tokyo Railways is not as close to an Austrian as OMV, Voest, BMW or Daimler. The investor’s success depends on trust, which breeds good personal behavior. “As Warren Buffet said, ‘If you don’t feel comfortable owning a stock for 10 years, you shouldn’t own it for 10 minutes,’” said Niss. “You have to develop the emotional strength to stick with something longer, and that’s easier when you know something.”

Still, there are very few Austrian stocks on the market.
“Many of the big Austrian companies are family owned,”
said Niss. “A lot of people have thought about how to incentivize Austrian companies to make some of the created value available to the public. So that we can all earn with them and also carry some of the risk.”

But this idea is a hard sell in Austria, something he finds surprising. “You can’t just keep earning, you have to also lose sometimes, which is why it’s senseless to invest in just one company.” With Own Austria, they hope Austrians can begin to feel good about investing.

It’s a shift whose time has come. “Seventy years of socialism has brought Austria a lot of positive things, the Sozialpartnerschaft and the rebuilding after World War II,” said Foussek. “Austrians rely strongly on the state when it comes to providing for old age and pensions.” But gradually, this “commanding heights” model is becoming more varied: He cited the example of the Voest, which used to belong completely to the Austrian government, and now 15% of the employees
own shares in the company and can look forward to dividends at the end of the fiscal year. “That’s a great example of incentivizing through financial inclusion.”

People take care of their property. “Just look how dedicated they are to taking care of the Schrebergärten (tiny plots of land with small houses and gardens) throughout the city. Property is still a term that has value here.”

If people can have a stake in the value created here, they reason, they will take better care of the country. “By taking better care, I mean that they don’t allow it to be radicalized by populists. That’s never gotten anyone anything,” said Foussek. More balanced, long-term thinking is necessary.

“There’s the saying, ‘Don’t be gentle, it’s a rental.’ When you own something, you care.”

Accessible for everyone, concluded Foussek, Own Austria will keep our money in circulation. “You can have the most beautiful body, the strongest muscles, but if no blood is flowing, it gets you nowhere.” 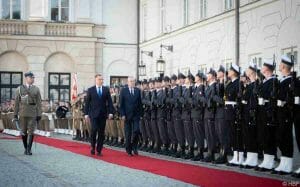 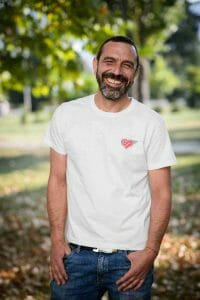 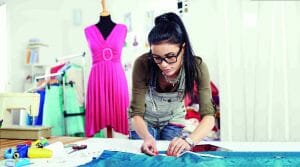