We spoke to the Austrian-born serial entrepreneur and venture capitalist Hermann Hauser about betting on the market, reading a team and digging into new technologies.

Hermann Hauser lost his first bet. He was a child in Wörgl, Tyrol and wagered one Schilling that the road between their suburban village and Wörgl proper would be lined with houses in 50 years. “I’ve always been optimistic about the speed of development,” said Hauser. The 50-year mark is soon approaching and Hauser has conceded defeat. But he’s won a lot of bets since then.

The tech innovator has in fact several monumental successes under his belt. Many in the realm of deep tech, a term that refers to artificial intelligence, robotics, virtual and augmented reality and the internet of things. Last September a subsidiary of his first company sold for over $30 billion.

Hauser was raised commuting between his father’s home in Wörgl and his extended family in Vienna. His expert skiing skills have remained: “It’s always nice to know you’re the best at something.” But the Tyrolean accent has faded with time. After a bit of back-and-forth, we decided to stick to English an easy, elegant Oxbridge.

Coming from a family in the wholesale wine business, his decision to study physics at the University of Vienna was accepted only after a physicist friend intervened. “It’s a fantastic occupation – although he’ll never have any money.” Thankfully for the tech world, Hauser’s father let him go his own way. It was a world of experiment and proof – which has helped Hauser understand innovation and the cutting-edge technologies he has chosen to support.

It was while working on his PhD at Cambridge that he met the cofounder of his first company. It was, in fact, his second wager. “The company was a £50 bet,” he smiled. We lucked out on that, because every pound we put into that company was worth £1 million when we took it public. It only cost us £100 to launch – at £1,000 we wouldn’t have done it, because we didn’t have £1,000.”

His first company, Acorn Computers – sometimes referred to as “British Apple” – quickly became the leader in the field in the U.K. in the 1980s.

“Acorn computers was the biggest ride of my life,” Hauser said with nod.  Within five years, it had a £100 million turnover. “We were the first company in Britain to go from 0 to £100 million in five years. That had never been done before.”

The money, though, is a side effect, he says. “The thing that I’m really after is not the money, but solving difficult problems. And that’s where the adrenaline rush comes in.” He certainly wants the companies to succeed, but for the sake of the technological breakthrough. His motto in life is: “fun and money.” Why money? “Because otherwise the fun is very short lived.”

But the rush comes from his excitement of the possibilities. “I love letting myself go,” he said with a mischievous chuckle. “That’s the main reason I started Amadeus Capital Partners.” He counts on his partners to hold him back. “Otherwise I’d be too trigger happy.”

When he sees a true breakthrough, he doesn’t hold back. “When they told me they could sequence a genome for a 1,000th, or even a 10,000th of what it cost at the moment, I thought that was fantastic.” He got up to speed to try to gauge its plausibility. The company, Solexa, developed a next-generation DNA sequencing technology, which became the market leader. They sold to the San Diego based Illumina in January 2007 for over $600 million.

But for Hauser, the success is in the process.

“Being the first one to spot what may actually work and then putting the money behind it, that’s what gets me going – and keeps me young, I hope.

“I think it’s about 40% luck. If you get everything else right you can beat luck, but luck is the largest single factor. Because in order to make a technology company successful, you’ve got to extrapolate over 3 to 5 years. It’s unlikely that it’s easy to extrapolate, either. So that’s why luck is so important. [The key is that] the market moves towards you and the technology hits at the right time. [Then] you’ve got one of these unicorns, one of these big winners, as we did with CSR, with the Bluetooth company.”

“If the opportunity isn’t big enough, why bother?” At the time Hauser became interested in CSR technology, the size of the market for Bluetooth was zero. “What I had to believe in, was that the 0 pound Bluetooth market would become a big one, because mobile phones would adopt Bluetooth technology. I was lucky there; I got that right.”

Quality of the team

“I’m usually looking for a star. If you have a star, it’s easier to find a group of people who are world class,” says Hauser. “If a person has five-star wizard written across their forehead, then they’re certainly not a five-star wizard.”

“Sadly, for a propeller head like me, technology comes third. I have so many examples of an A team with C technology, beating a C team with A technology. It’s clearly the team that’s more important.”[/vc_column_text][/vc_column][/vc_row] 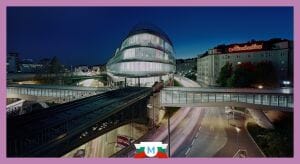 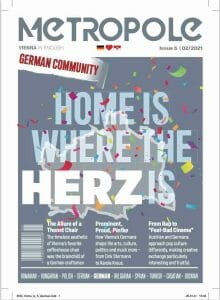 Being German in Vienna

How to…Minimize Your Carbon Footprint