Vienna’s origins date back to Roman times (perhaps longer) and over the centuries, the city has accumulated plenty of legends. They deal with classic themes like jealousy, revenge, intrigue, lust, and – as is the case with the story of Hans Puchsbaum – of course, love.

Vienna’s famous landmark, St. Stephen’s Cathedral, took centuries to build, with countless famous architects and masons sharing credit for its construction. It’s majestic south tower is a marvel of medieval engineering, so prominent that few notice its unfinished counterpart on the north side, barely reaching up to the roof of the nave. According to legend, the reason for this is Hans Puchsbaum, a highly capable journeyman and apprentice to Hans von Prachatitz, master builder.

Prachatitz had completed the south tower, but the monumental undertaking had exhausted him; so when he was charged with building a north tower, he was quite grateful to rely on his highly competent assistant Puchsbaum. He was less appreciative however of the way the young, confident yet penniless Puchsbaum looked at his pretty daughter Maria. Sure enough, it didn’t take long for the journeyman to work up the nerve to ask Prachatitz for her hand in marriage, yet he would have none of it. “My daughter shall marry none other than the greatest architect in the land!”, Prachatitz stated. But Puchsbaum was undeterred: “Well, that’s me! I simply haven’t had a chance to prove myself.” “You wish to prove it?”, Pracheritz retorted, “So be it! Finish the north tower. I shall give you a year and a day. And you shan’t see Maria till then either!”

Hans Puchsbaum was crushed. Such an undertaking was impossible; even his master had needed four years for the south tower. Gripped by despair, he went home and slept. Not long after, he was woken in his room by a short, very elegant man dressed all in black, with a large hat with a cock’s feather stuck in it. He had a slight limp; even by candlelight, it didn’t take long for Puchsbaum to notice he only wore one boot. His cloak tried to conceal it, but a horse’s hoof jutted out where his other boot should be.

“Saints preserve me, it’s the devil himself!”, Puchsbaum exclaimed. “Easy there, friend”, the limping man replied, “I have many names of course, but that doesn’t matter. I’m here to help. We’ll make a little deal, you and I, and if you hold up your end, you’ll get your girl. How does that sound?”

But Puchsbaum wasn’t easily fooled: “I know your game! You’re after my soul!”, he yelled. “Oh, I assure you, nothing of the sort!”, the dark stranger replied; “All I ask in payment is that for the next year, you must not utter the name of god, or the virgin, or any saint. No more.” Puchsbaum thought it over. “But then I won’t be able to attend mass”, he said. “Well, you can, if you absolutely insist;”, said the stranger, “you just can’t speak the names. You may pray in your thoughts, just not out loud – if pray you must!” This seemed a reasonable condition to Puchsbaum; he finally agreed, before falling asleep again.

When he woke up the next morning, he had no idea whether or not it had all been a dream, but the fact remained that construction of the north tower went unusually smoothly once he took charge. New laborers were quickly trained and worked non-stop. Deliveries came on time and scaffolds were erected in a flash. Miraculously, not a single accident delayed construction. Still, he feared he couldn’t meet his deadline. “I’ll have the workers toil day and night, even Sundays!”, Puchsbaum decided. Amazingly, the masons and builders had no objections. Still, it was going to be close; Puchsbaum started working on the tower himself, only returning home to sleep. He hadn’t seen the object of his affection in months. The tower was still only half finished. Then one Sunday, while he was sleepily working atop the tower, he noticed a comely and familiar silhouette among the congregation assembling for mass. He took a closer look: sure enough, it was her! “Maria!”, he yelled down elatedly from the scaffold, “Maria!” She looked up and waved back happily.

And that was the last thing Hans Puchsbaum saw.

Some say Puchsbaum had pushed himself too far, and that fatigue had inevitably made him slip and fall.  Others swore they say a limping, well-dressed stranger up there with him, cackling as he pushed him to his death. Either way, to this day the north tower remains uncompleted. A small belfry was added later which houses the Pummerin, Austria’s largest bell, cast from Turkish artillery captured after the second siege of Vienna. But that is another story… 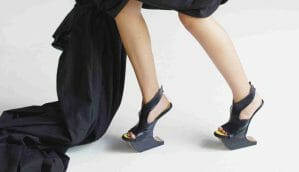 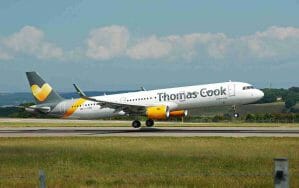