A whistle blares unmistakably through the bushes and shrubs. The little train is ready to depart. “Einsteigen bitte!” (All aboard!) says an automated voice. The green passenger car with yellow wheels and the No. 5 printed on the side shudders into action.
The Böhmischer Prater (Bohemian ­Pra­ter) on Laaer Berg in Vienna’s 10th district is a well-kept secret, a place not easy to find (or reach). Away from the center, on the outskirts of the city, it is known almost exclusively to locals and loyalists. Unlike its better­-known cousin, the Wurstelprater, this fairground is neither large nor loud, nor a place where people drink and shout and chase one adrenaline high after the other. This is a place of rickety provincial charm, endearingly neglected.

An older woman gazes contentedly at the trains, her Chihuahua, Rocky, in her arms. She and her husband are looking after their great-granddaughter for the day. “The mother deserved a day off,” smiled Christina, age 71. “So I suggested the ­Böhmischer Prater. I had not been here in, what, 30 years? I love how beautiful it is.” The little girl loves the Kinderautodrom, bumper cars for kids.

Nostalgia pervades the Böhmischer Prater, but life has not always been easy here. In the 19th century, thousands moved to Vienna to escape the agricultural crises of the 1880s and 1890s in Bohemia and Moravia (today Czechia). They settled mostly in the outer districts of Favoriten and Simmering, where rents were lower and there was work in the Wienerberger brick factory – hence the derogatory terms Ziaglbehm and Sandler (“brick Bohemian” and “sand worker”), describing the humblest of the working class, who spent their days with the clay and sand that built the palaces of the Ringstraße.

Back then, the Laaer Berg was one of the few places where factory workers could spend their scant free time. A Gasthaus (tavern) opened, followed by a merry-go-round and swings. Carnival concessionaires saw potential and started to move in. By 1884, there were already 20 restaurants and countless attractions, according to the fairground’s website. Business blossomed, subject to the whims of history.

Today, visitors can still ride a wooden carousel built in 1890 that bills itself as the oldest in Europe – but it, like almost everything in the amusement park, was destroyed by bombing raids in 1944 and had to be later rebuilt.

The amusement park even boasts its own Ferris wheel, the Panorama Rad. It is not as tall as the Riesenrad, but thanks to its fortuitous perch on the top of a hill, it lies higher than its brother – at least that’s the legend. On the ground, you can spend an evening at the Tivoli, an event venue with concerts and shows throughout the season on its open-air stage.

If you crave a quiet moment, you can check out the Butterteich (butter pond), passing through the meadow behind the Süße Tram (sweet tram), a retired trolley car that now serves as a candy store. Then on through a wooden door and after 100 meters, a playground and the pond.

“Another round!” yells the little girl as the ride comes to an end. Christina reaches for her purse and smiles: “Alright then.” Afterward, the family plans to grab a bite at Zum Werkelmann, a restaurant near the ­entrance serving traditional Austrian cuisine. Right next to it is the Würstelbude, a sausage stand to arm you for some gymnastics on a big trampoline.

“Four euros, please,” the man in the small operator’s booth, Marko Kisling (48), says to Christina. Placing the money in the cash register, he restarts the ride and then heads back over to the Minigolf course, where he starts raking the lawn. “I have been working here for 20 years – March 6, 1999, was my first day,” the man remembers with a grin. Kisling is a true jack-of-all-trades. “Everything in one,” he says – “a mechanic, an electrician, a chauffeur, a cashier and a gardener.” In fact, he takes care of wide swathes of the Böhmischer Prater. The Raupe, a caterpillar-themed carousel built in 1929, is a ride especially dear to his heart. “For a long time, it stood in a shed.” His boss, Otto Geissler, rebuilt it after the war; Kisling got it working again.

Getting to the Böhmischer Prater is a bit of a journey, but worth it: The closest subway station is Reumannplatz, on the U1. From there, it’s either a 25-minute walk or a 7-minute bus ride on the 68A or 68B. From the station ­Urselbrunnengasse, it is another 10 minutes on foot. The park is in an Erholungsgebiet (recreation area), so day trippers can combine their visit with a hike up the Laaer Berg or a trip to the nearby Therme Wien (a thermal spa) at nearby Oberlaa.

Either way, in less than an hour, you are very far away. At the Böhmischer Prater, time seems to stand still: There’s just one main allée with small, old wooden rides on either side. In the off season (Nov-Feb), cyclists zip through the empty midway. People walk their dogs or go for their daily run. Life is peaceful here. And simple. There aren’t a lot of choices: Just walk straight along and you will see everything there is to see. But there may well be a lot more in the world of your imagination. 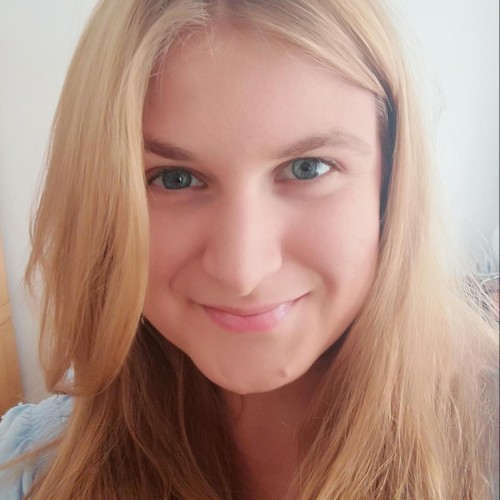 Julia Seidl
Julia started out at "Die Presse." She went on to study "Journalism & Media Management" in Vienna and worked for several local news outlets such as ORF, Kurier and Falter before joining Metropole as online content and social media manager.
LifestyleCity LifeVienna by DistrictPrint EditionsSummer 2019
Previous articleFor Love of the Game
Next articlePopular Movement