The “House Rules” of Vienna’s public transport system (Wiener Linien) are posted throughout every station train car and bus – in English, too. You’ve probably passed them by or seen them posted on a tram a hundred times, but have you ever stopped to actually read them? They might seem obvious to most passengers, but there remain a few myths out there that the Wiener Linien thinks you need to know the truth about (at least the first three are. The rest are our own additions).

Myth #1: Pedestrians always have the right of way in a zebra crossing.

False. When there’s no traffic light to tell you otherwise, the streetcar has the right of way. After all, it can’t really stop on a dime, can it? Therefore, before crossing, look up from your Handy to see if a “Bim” is coming – don’t wait until its warning bell rings.

Myth #2: If I pull the emergency brake, I’ll be fined.

False. If it’s indeed an emergency (you and/or another passenger is in danger or needs help), it’s OK to push the panic button. What’s not OK is doing it for the fun of it (yuk yuk), or if you missed your stop – you can be fined €93. Do we really need to tell you this?

Myth #3: Because there are video cameras on board and in the stations, I don’t need to report a crime or theft.

False: While all stations and vehicles are equipped with security cameras (about 8,000 of them), the footage the footage can be used only in certain circumstances; and only if the police request the footage within 48 hours (most of it is automatically deleted after two days). So don’t forget to file a police report right away in the event of theft or a violent act!

Myth #4: Drinking alcohol in the stations or on the vehicles is not permitted.

True(ish). On their website, Wiener Linien states that alcohol is verboten. But the posted House Rules state “no excessive consumption of alcohol” is permitted. What, exactly, is excessive? As I rode the tram home from celebrating New Year’s Eve this year, there were more drunken teens chugging Sekt than you could shake a stick at, yet no one seemed to care. Such behavior might be considered “excessive” during the morning rush hour, however.

False. Within the Zone 100 (Vienna’s city limits), children up to and including age six can ride for free, but only if accompanied by someone and only if they don’t take up an extra seat. A maximum of two kids can ride free with one adult, any others must have a ticket. Kids up to age 15 ride for free on Sundays, holidays and during school vacations. All others must have a valid ticket.

Myth #6: Ticket inspectors aren’t allowed to pursue and arrest you if you run away from them.

False. Many think, wrongly, that only police are allowed to nab you. Don’t be an idiot and put other passengers’s safety at risk!

Myth #7: I don’t have to show a ticket inspector my ID if I’m caught without a valid ticket.

True. If you pay the fine (currently €103) right away, you can remain anonymous.

One more (unofficial) rule, but it’s very important to all of us. Eating a Leberkässemmel , tuna pizza or Döner Kebab while riding the Öffis is not your God-given right. You are making me and everyone else in your immediate vicinity  quite nauseous (or hungry, depending on how much we’ve been drinking that night). Please be considerate, OK? 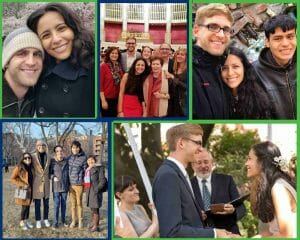