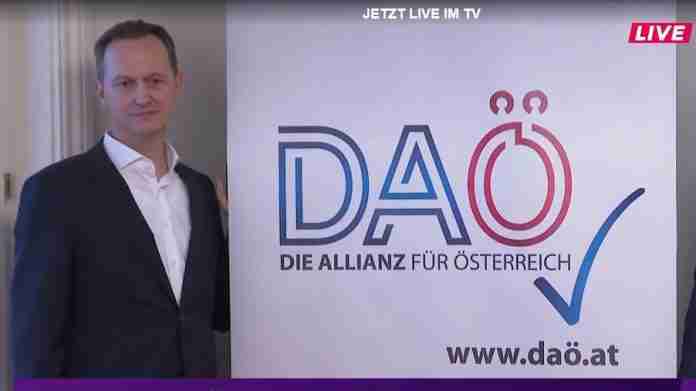 It’s been the talk of town for weeks now – what, if any, political future does former FPÖ chief and vice-chancellor Heinz-Christian Strache have in mind? Ousted by the political firestorm unleashed by Ibiza video that first brought down FPÖ leaders, then Sebastian Kurz’s center-right government, Strache’s political career seemed to be over.

But in Austria, scandals sometimes develop their own dynamic and the powers of personality, personal rivalries and inter-party envy are powerful forces to be reckoned with. Over the last couple of months, it became increasingly clear that the “deal” the Freedom Party had struck to keep H.C. Strache out of politics was becoming increasingly shaky.

After stepping down as vice-chancellor and FPÖ head on May 18, Strache made an agreement with his party’s leadership to not assume his mandate as an MEP in the European Parliament – something he would have been entitled to, as European elections took place on May 26 and he was on the FPÖ party list. A condition was that his wife, Philippa Strache, would get a seat in Austrian Parliament after the next national elections.

But once the results of the Austrian parliamentary elections on September 29 were in and the FPÖ recorded a loss of -9.8 points, many in the Freedom Party came to resent this deal. They wanted to get the Straches out of politics entirely and maneuvered – ultimately unsuccessfully – to deny Philippa her seat in parliament. Now, Philippa is an MP, but outside the Freedom Party caucus.

Shortly after, the Viennese FPÖ started proceedings to officially expel H.C. Strache from the party – his membership has so far only been “suspended” – and new party leaders Herbert Kickl and Norbert Hofer ramped up the rhetoric. Asked whether he was in favor of an expulsion (Ausschluss) of Strache from the party, Kickl said on TV: “Yes, because Ausschluss contains the following words: Aus (over) and Schluss (end).”

Clearly, there was no love lost between the Freedom Party’s leadership old and new.

But there have always been Strache loyalists in the FPÖ and among Freedom Party voters. And anyone familiar with a former right-wing politician’s aptitude at withdrawing from politics and then returning – the late Jörg Haider was famous for this, popularizing the phrase “Bin weg, bin schon wieder da” (“I’m gone, and already back again”) – a comeback of H.C. Strache of some sorts always seemed to be in the cards.

Now, it seems, it’ll be shortly upon us.

The three members of the Viennese city council who have now left the FPÖ to form a new political club (caucus) – Baron, Handler und Kops – are all known supporters of H.C. Strache and opposed excluding him from the party. There’s little doubt that the club will be the core of a new party, and a name has already been secured: Die Allianz für Österreich (The Alliance for Austria), or DAÖ.

New municipal elections in Vienna will take place in fall 2020 at the latest, and the Vienna native H.C. Strache has been said to harbor ambitions for a bigger role in his hometown for a long time. During the last state election, he led the FPÖ’s local party list into a “battle for the mayoralty,” despite him also having also being federal chairman of the Freedom Party.

When and how Strache will take over the DAÖ is still uncertain. But judging by recent events and developments – H.C. took part as a public speaker at a pro-smoking demonstration and met Austro-Canadian billionaire Frank Stronach, who has expressed admiration of the former FPÖ chief in the past – a political comeback before the municipal elections in Vienna seems all but assured.

As a direct reaction to the foundation of the DAÖ, current FPÖ chief Norbert Hofer convened a press conference today (December 12) at 16:00, calling the newly-founded party “Bündnis Zukunft Ibiza” (“Alliance for the Future of Ibiza”).

The gloves are off and there’s little doubt that the struggle within the right-wing camp is set to intensify over the coming days and weeks.

For more information in German, have a look at Die Presse and Der Standard.

Benjamin Wolf
Benjamin studied Journalism, History and International Affairs. After stints with Cafébabel in Paris and Arte in Strasbourg, he is now working as managing editor and COO for Metropole in Vienna. Fields of expertise are politics, economics, culture, and history. Photo: Visual Hub
NewsVienna News
Previous articleProfiles | Antonia Matschnig
Next articleFrom Timber to Timbre