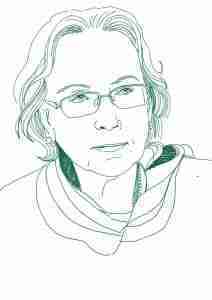 It was hardly a dream assignment, to be appointed chancellor after a popular government had come apart at the seams. But that was what Austrian President Alexander Van der Bellen asked of Brigitte Bierlein, following the vote of no confidence in the Kurz-Strache government on May 27.

The Ibiza video that had come to light a week earlier had revealed a level of cynicism that shocked even some of the most hardened pols, who were left scratching their heads in amazement – if only to wonder how anyone could be so stupid. Junior coalition partner H.C. Strache offering state contracts to a Russian oligarch in exchange for future election propaganda in a yet-to-bepurchased Austrian tabloid? Ouch.

So restoring faith in government was critical, and Bierlein, as president of the Constitutional Court was ideally placed. Without party affiliation and widely respected,
she was above reproach. Still, she declined.

“I can’t do that,” she protested. Van der Bellen was unmoved. “That’s a typical woman’s argument,” he countered, according to the Hamburg weekly Die Zeit. And she had to admit, she was comfortable with his judicial appointments. She said she would sleep on it. On May 30, she said yes.

Her appointment was welcomed on all sides: Even SPÖ Justice Speaker Hannes Jarolim – who had once labeled her a “reactionary” – had revised his opinion, he told Der Standard: “I have seldom experienced anyone who handles herself so correctly. She will certainly help calm things down.”

Only the NEOS voiced less than full-throated praise: “This is typical,” came the retort, “to bring in a woman to restore order to the chaos the men had left behind.” Still, even this was a compliment of sorts, a criticism of the circumstances, not the Kanzlerin.

Beyond dispute was the clarity of her voice, cutting to the heart of an issue, unbent by ideology. As president of the Constitutional Court, she expressed reservations about quotas for women, on the whole “no longer necessary.” The ban on headscarves she saw as “problematic;” she was skeptical of the proposed preventive detention as a “one-occasion law.” She scoffed at State Secretary Karoline Edtstadler’s Criminal Law Reform in response to the highly charged mood on social media. “I would never base an opinion on commentary from the Internet,” she told Der Standard.

And then there was “Schreddergate,” revealed right after the vote, as five hard drives from the Kurz government were delivered to the data management firm Reisswolf for destruction. She turned back from her weekend and headed for Ballhausplatz. To the press, she promised an announcement by the end of the week. “As long as I have this responsibility, I won’t be going on holiday. You know how it is, ‘ When the cat’s away…'”

The privilege of anonymity, too, is gone. People on the street ask for “selfies,” telling her, “We hope you’ll stay.” There is something to be said for a government of experts in a time of crisis, fair-minded, savvy and professional, whose ambition is only to do the job the times demand, without an eye to the next election. This may have been what American journalist Walter Lippmann had in mind in the 1920s, when he wrote of the need for a government by a trained elite, who could guide “the bewildered herd” through choices they did not understand.

There is a lesson here, but perhaps not what you think. We were lucky this time. We elected Alexander Van der Bellen, Austria’s graue Eminenz, with his life-long commitment to the public good. It is hard to imagine his opponent inviting this kind of talent to Ballhausplatz.

No. The lesson is, in fact, the reverse: In all but the most exceptional circumstances, our leaders must be accountable to an electorate that has the power to throw them out.

Scents and Sensibility at Die Parfümerie