“If time is supposedly money, try buying some more of it once your time’s up. Quality of life is about enjoying it right here and right now.

Gin is the tipple of the moment in Vienna.

The first ever Vienna Gin Festival will take place this month. Happy hours and specialty bars have emerged exclusively devoted to gin. And you could say that three native Wiener, Thomas Tirmantinger, Florian Koller and Achim Brock, had their finger on the pulse when they created the first-ever Viennese label, aptly named Wien Gin.

But the Kesselbrüder (“kettle brothers”) don’t give much heed to fads. In fact, even though their potion is timely, they already refer to it as a treasured “tradition.”

With all the quality vineyards and breweries, “gin has not been a drink associated with Vienna,” Tirmantinger admits. “It’s more common in countries with colonial histories like Holland or the United Kingdom.”

Their mission has been to make it seem like Wien Gin has always been around.

The “brothers” came upon the idea when they realized that even places like Berlin, Munich, and Lake Constance already had their own trademark gins, while Vienna did not.

After a lot of trial and error, they refined and perfected their unique formula for a gin that perfectly embodies the spirit of Vienna.

“Gin is the only liquor that can be actively interpreted through the botanicals you incorporate, alongside the juniper berries,” Tirmantinger explains. Their combinations, which include Vienna perennials like elderberry and lavender, allow them to capture our city’s Lebensgefühl (“attitude toward life”) in a bottle – congenial, harmonious and playful.

For the Kesselbrüder, it’s all about sharing this Lebensgefühl. Their weekly “boys’ night out” (Kesselbrüderabend) is both a business meeting and a social event. Even though their gin has been honored with 89 Falstaff points, these family men – with eight children altogether, their “Kesselbabies” – still have their day jobs.

And what if a big company offered them a deal? “We’re open to the right strategic partner,” Koller said. “But more importantly, it’s about our philosophy of life, spending a nice evening in good company with positive vibes and a pleasant Damenspitzerl (mild buzz).”

With that, we all raised our glasses. 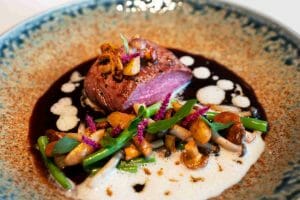 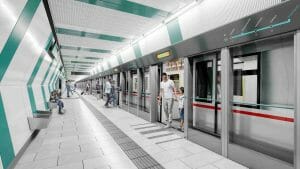