If you really want to know what Wiener Schmäh is, ask a German. So say the Viennese cabaret duo, Gebruder Moped (Franz Stanzl and Martin Strecha-Derkics). For them, Wiener Schmäh sometimes seems more important to those who are not from here – i.e. “net von doah!”

“The moment you open your mouth in Germany, say, to order something in a restaurant, the Germans often laugh, finding the Viennese accent charming,” Stanzl said – in a charming Viennese accent, of course.

Not so in other parts of Austria, where people find the Viennese irritating.

“We’re mostly known for our nagging and complaining,” Stanzl explained.

A mix of cabaret and political satire, Moped’s shows join witty dialogues with slides, videos and the occasional song or two. They’re fond of driving their points home with charts and figures, in an attempt to explain Austria’s relationship to Vienna.

“In other words, our capital is way too big for such a tiny country,” the partners chimed in unison, signaling a reference to their current show, based on their book of the same title, Heute gehört uns Österreich und Morgen die ganze Scheibe (Today Austria is Ours, Tomorrow the Whole Slice of Earth).

The show’s title is a reference to Austria’s often overblown sense of its own importance. Regularly touring across the country, Gebrüder Moped are keenly aware of the necessity to focus on local issues.

“Austrian cabaret is an art directed toward those who have lived here a long time. It has to reflect the nation’s entire inner structure,” Strecha-Derkics said.

In Austria, even news is very locally oriented, he said, compared to German or American, which is more international.

So while political humor here may still tend toward navel-gazing, Gebrüder Moped’s latest work hopes to challenge that. 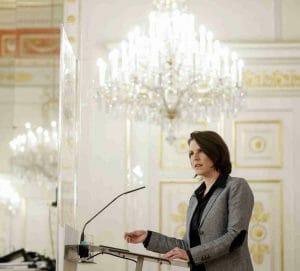 Why You Should Study Tourism & Hospitality in Austria

Vienna is the City of Spies in a new Thriller