The advertisement affair surrounding Sebastian Kurz and his team has had a powerful effect on the general population’s opinion on the media sector. Almost nine out of ten people polled in a study by Gallup and the Medienhaus Vienna thought that while independent journalism was important for democracy, they were not getting any.

There was virtually no sympathy for the way government and political parties spend on advertisements. People wanted to see clearer, qualitative eligibility criteria.

1,000 people aged 16 and up were polled for the “Gallup mood barometer”, which was presented at a press conference on Thursday. The poll was representative for the Austrian population that is active online, and took place in mid-October, after information about the pay-to-play advertising investigation was made public by the central prosecutor’s office for corruption (WKStA).

Despite the fact that the scandal so far only involved the Fellner news group, around one-fifth of those polled think it’s possible to “buy” favourable reporting in all private Austrian media houses. Another 36 percent thought that this was possible in most media companies. Only three percent said they did not think favourable reporting could be negotiated in any news organisations.

However, around half of survey participants saw a clear line between media companies who were concerned with information, and those that were involved in corruption themselves.

Center-ter right ÖVP supporters (44 percent) and right-wing Freedom Party (FP) supporters (47 percent), were the least convinced of this line. Sympathisers of the Social Democrats (SP) or Greens were more likely to see a clear dividing line (65 percent). Supporters of the liberal-conservative NEOS were in the middle (56 percent). 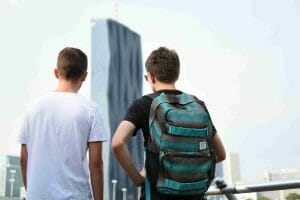 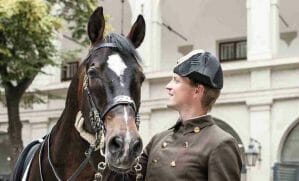