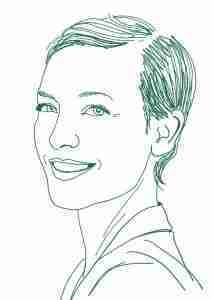 In Vienna, as the dog days of summer give way to cool breezes and falling leaves, Metropole turns its focus to the clockwork behind the city on the Danube. What’s behind the pristine parks, the spotless streets, the public art galleries, events and festivals that bookend each season. I’ve heard various explanations of why the city is such a hotbed for culture and the arts or why it takes such good care of its people. “We don’t rush things and don’t take ourselves too seriously,” one Viennese gentleman offered. Another said, “It’s that the Viennese wed German precision with Italian savoir vivre.”

I have my own theory. I think it’s the complaining. The cliché of the disgruntled Viennese who can find fault in the most wonderful things. “This sunshine is too bright,” or “That tram came too soon! I wanted to finish my cigarette.” These same people gripe about the recycling bins being too far away, subway elevators being too small for two bicycles and playgrounds not having enough swings. Well done guys, I’m sure we have you to thank.

The Sommerloch (summer gap) is usually a slow time for news in Austria – but not in 2019. From corruption scandals to the government implosion and later the swift passage of legislation once the interim government was in place, it’s been a hot and eventful few months. We’ve summed it up in the News Monitor and the Opinion section

When I spoke to Vienna’s mayor, Michael Ludwig, he chuckled at my assumption that neighborhoods in Vienna had evolved organically. “They were planned that way.” Our mayor used to be the city councilor for housing, one of the sectors that puts Vienna at the top of rankings all over the world. In our Special Report, we looked into how housing policies ensure a textured social fabric.

Behind the scenes, the city is run by systems and constructs that often remain invisible to the naked eye. We unearth the political foundations beneath the streets where we go spazieren (stroll) every day in our Cover Story, “The Secrets of a City that Works”. The work of a city planner is never done, which is also why we compiled a helpful How To, describing the choices urban planners have to make and how you can get involved. To meet the people who make Wien work, we spoke to the invisible hands behind traffic lights, the water works, the district of Ottakring and Smart City initiatives.

The buzzword “Smart City” has been overused, which is why we looked into international cases of ideas that failed and ones that are changing urban life for the better. We visited Vienna’s own smart “sandbox,” Seestadt Aspern, and looked at what it’s like to live there. The trashy side of city life is also one of the most important – from garbage collection to waste water purification – and we give you the down and dirty truth in “Someone’s Gotta Do It”. And then there are graffiti writers and street artists, who both deface and embellish our carefully planned façades.

Fall is also the season when Vienna becomes obsessed with all things design, fashion and contemporary art. From Design Week to Vienna Contemporary and Art Week, there is plenty of culture to absorb. Film buffs can get their fill as well this October, when the Viennale takes over the city’s cinemas.

METROPOLE Members have the chance to take a free tour of the Red Vienna Exhibit at the Wien Museum MUSA (October 18), get free tickets to Vienna Contemporary (September 26-29) and enjoy other perks to sweeten their social calendars this fall. Not a member yet? Just go to metropole.at/shop to rectify that. We’d love to give you the Vienna you deserve, so

Maggie Childs
Margaret (Maggie) Childs is the CEO and Publisher of METROPOLE. Originally from New York, Vienna has been her home since high school. She is known for non-stop enthusiasm, talking too fast, inhaling coffee and being a board member of AustrianStartups, where she helps entrepreneurs internationalize. Follow her on Instagram @maggie_childs and twitter @mtmchilds.
Print EditionsFall 2019Publisher's Letter
Previous articleProfiles | Wolfgang Zerobin
Next articleOpinion | Brigitte Bierlein – Cleaning up After the Men

Metropole's publisher introduces the summer issue, which is all about multilingualism, learning German and political correctness.
Read more
Print Editions

Metropole's publisher introduces the spring issue, which is all about corruption.
Read more
Print Editions

Metropole’s publisher introduces the winter issue, which is all about the “Kaffeehaus.”
Read more

Borderline Brilliant – Wine on the Frontier

A Newcomer Describes What Learning German Is Really Like – The Inside Stor...