2020 saw the number of recorded racist incidents in Austria skyrocket: 3,039 reports were made to the anti-racism initiative ZARA, the highest number in its 22-year history and a whopping 1,089 more complaints than in 2019.

According to the organisation’s 2020 report, 24% of attacks were levelled against Black people and people of color, explicitly singling out their skin tone. A similar amount expressed decidedly anti-Muslim sentiment – twice the rate of 2019.

Islamophobia in particular increased in the aftermath of the November 2 terrorist attack, said Dilber Dikme, head of ZARA’s counselling centers, at a press conference on Thursday, March 18. She stressed that while racism affects people of all genders and age groups, the Vienna shooting let to a surge of abuse largely directed against women perceived as Muslim, especially those wearing a headscarf in public.

Austria is hardly an island of bliss when it comes to institutional racism either: 175 cases of racial discrimination stemming from public authorities, schools or other educational institutions were reported in 2020. These are just the tip of the iceberg: According to Dikme, most of the affected refrain from reporting systemic racism for fear of negative ramifications.

The repeated lockdowns of the past year have shifted public debate even further toward social media, leading to the majority of racist acts occuring online: 2,148 of all reported cases were incidents of online hate speech; this is twice as many complaints as in 2019.

ZARA’s managing director, Caroline Kerschbaumer, attributed the rise in reports to the omnipresence of the Black Lives Matter movement following the death of George Floyd at the hands of Minneapolis police in June 2020: “Racism has always existed in our society. But we believe there is a heightened awareness due to the media presence of racism and hate speech, which has led to more witnesses coming forward.” Indeed, 84 % of reports were made by observers of racist incidents, rather than victims. In time for Anti-Racism-Day, which is observed annually on March 21, ZARA reiterated its support for the Black Voices Volksbegehren (Citizen’s Initiative), once again urging the government to implement a national action plan to combat systematic discrimination. 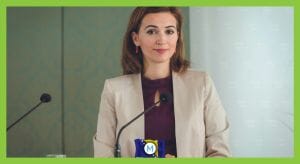 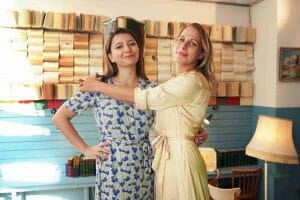 Inside FABB – the Impact Hub’s Fashion Accelerator for Better Business