In the 1910 census, Romanians made up 6.4% of the population of Austria-Hungary. They lived primarily in Transylvania, a part of Transleithania, the “Lands of the Crown of Saint Stephen,” but also in the Banat and in the east of the Hungarian Plain. As of January 2020, Statistik Austria counted more than 123,000 Romanians living in Austria; over 36,000 live in Vienna. Like many before them, they had chosen to make the world’s most livable city their new home, contributing to the social, cultural, and economic landscape of this great city.

An operatic tenor and native of the town of Lugoj, Traian Grozăvescu was brought to Vienna in 1922 by then Vienna State Opera conductor Franz Schalk, for the role of Rodolfo in Puccini’s La Bohème. Talented, hard-working, and with a remarkable voice, Grozăvescuwas embraced by his adopted city. Shot and killed in his apartment on Lerchenfelder Straße by his jealous wife, his private life was splashed across the boulevard press, taking note that his last performance was in Rigoletto, singing “Ach how treacherous are the hearts of women.” His death shook the city, with many joining the funeral procession along the Ringstraße to the train station, where he would be to be carried back to Lugoj and laid to rest.

Many talented Romanian musicians were launched in Vienna, including legendary pianist Dinu Lipatti, who came here in 1933, at age 16, for an international piano competition. When he was awarded only 2nd place, an outraged Alfred Cortot stomped off the jury in disgust. After Lipatti’s death of Hodgkin’s disease, producer Walter Legge said of him: “God lent the world His chosen instrument whom we called Dinu Lipatti, for too brief a space.”

Writers, too, were drawn to the Habsburg capital: Considered one of the greatest Romanians of all time, Romantic poet Mihai Eminescu moved to Vienna in the fall of 1869 where he enrolled as an auditor at the Faculty of Philosophy and Law, which allowed him to attend courses across the university.

Eminescu revelled in Vienna life, burning through his money on visits to the theater and the Café Troidl on the Wollzeile, a hot spot for Romanian students. Always strapped for cash, he was constantly on the move, living in Kollergasse 3, Dianagasse 8, Gartnergasse 3 (Schaumburgergasse 15), and Porzellangasse 9, according to police archives. During that time, he started publishing in Convorbiri literare (Literary Conversations), a magazine founded by Titu Maiorescu in 1867 and still in print today, 153 years later.

Similary, philosopher Lucian Blaga, who received his PhD at the University of Vienna . His thesis, Kultur und Erkenntnis, was heavily influenced by his time here – where he discovered both expressionism and the Viennese avant-garde, frequenting the Café Museum with artists Gustav Klimt, Egon Schiele, and Oskar Kokoschka, and writers Karl Kraus and Elias Canetti. In his philosophical works, poems, plays, and novels, Blaga took on the themes of the day in art and culture, myth, folklore, history, politics and religion.

Today, Romanian artists, writers, and thinkers continue to adopt Vienna as their new home, finding inspiration and inspiring others. One such is Bucharest-born flutist Matei Ioachimescu, a graduate of UMW (the University for Music and Performing Arts), an internationally renowned musician and composer, who appears regularly at the Wiener Konzerthaus among many others, while performing and teaching master classes and workshops across Europe. Another is Romanian-Israeli lyric soprano and coloratura Sylvia Greenberg, who for many years was Europe’s leading exponent of the virtuoso “Queen of the Night,” in Wolfgang Amadeus Mozart’s Die Zauberflöte.

But in Vienna, it is impossible to give a fair portrait of the cultural scene without mentioning Ioan Holender, general director of the State Opera from 1992 to 2010, credited with breathing new life into performance practice, bringing new audiences and putting the opera on secure financial footing. The longest-serving intendant in the history of the opera house, he also served for four concurrent years as the general director of the Wiener Volksoper.

Artists and Other Geniuses

But it’s not just Romanian artists who are drawn to the Austrian capital. Students too, of whom there were 1,700 in 2018, as well as trades workers, professionals and entrepreneurs, continue to be drawn to Vienna. Petru Stanoia, a teacher by profession, left Romania in 1994 to work in construction in Vienna, ultimately, founding his own insulation business and expanding to 15 employees.

And many others, like Elena Iovan, who runs a Romanian specialty shop with her husband at Karolinengasse 12, only minutes away from Schloss Belvedere where she sells traditional food, cosmetics, and artisanal products. Others still, like Elena and Lucian Ursaciuc, are in the restaurant business, with Restaurant Bukowina in Ballgasse 6, 1010, serving traditional Romanian dishes since its opening in March 2017, as well as Carmen und ich, established in 1989, serving traditional Viennese cuisine.

And one cannot speak about the Romanian community without mentioning the Romanian Orthodox Church, a long-standing presence in Vienna with a chapel established in 1907. The Church also owns a clergy apartment in the Palais Dietrichstein, where the literary societyRomania juna, too, was headquartered between 1919-1921 (now at Simmeringer Hauptstrasse 161 and Pouthongasse 16.)

Romanians are religious people – 96.5% of Romanians identify as religious, according to an INSCOP survey in 2011, and the church remains, both at home and abroad, one of the most important social and cultural gathering places.

Families, Neighbors, and Everyone Else

More than anything, you know Romanians by how they look at things, their Weltanschauung – a dictum more lived than expressed in words. Still, many find it in the words of philosopher and religious historian Mircea Eliade:

Nu e bun de nimic cel care nu e bun decât pentru el, which means, “He who is only good for himself is good for nothing.”

Romanians have a strong sense of family and community, their own or another they have chosen to be a part of. They need to be good neighbors, to make themselves useful, and to contribute positively not just to their family – which they are a part of even when apart – but also to their community, Romanians and non-Romanians alike. This is our seldom spoken, or written, philosophy of life. 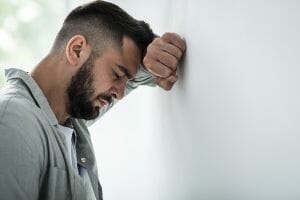