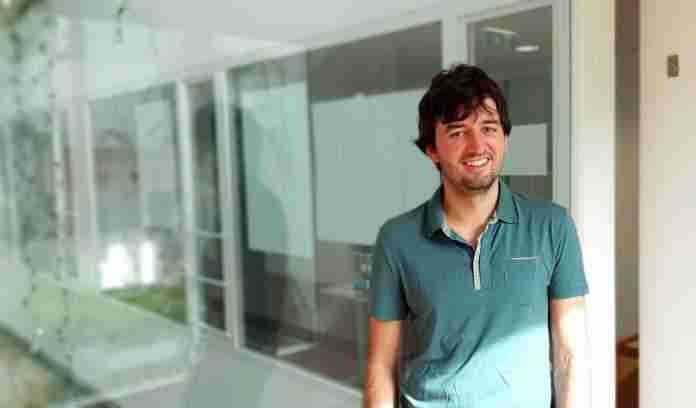 We spoke with climate researcher Mathias Kirchner about Austria’s forthcoming Energy and Climate Plan, scientists’ efforts to help politicians, and why systemic reform is barely on the horizon.

Unfortunately, no amount of tree-planting and façade-greening will suffice to absorb the climate-changing carbon that humanity keeps pumping into the atmosphere. On this point, Mathias Kirchner is rather clear. “No,” he says. “There’s definitely a limit to that.” But of course, this is what Greta Thunberg and Fridays for Future have been telling us for over a year – and what climate experts have been hollering for decades. Now those experts are increasingly being heard.

We spoke to one such scientist at the University of Natural Resources and Life Sciences (BOKU) to better understand what scientists recommend, and why real change hasn’t happened yet.

Kirchner, senior scientist at the Center for Global Change and Sustainability, was responsible for coordinating and curating the 2019 Reference National Energy and Climate Plan, researched and drafted by eminent climate scientists. Its purpose is to provide policy options, enabling the country to meet its Paris Agreement obligations. Austria is obligated to submit a new National Energy and Climate Plan to the European Commission by the end of this month indicating how it will meet its national contribution to the EU’s 2030 climate and energy framework – and improvements would be welcome; last year’s version was deemed unsatisfactory.

Enter the researchers, who “wanted to use the window opened by Fridays for Future” to put forward some data-based policy options, Kirchner explains. “We didn’t get any external funding, but the people involved decided to use some of their academic time to make the plan and show politicians that we have solutions available – and that people won’t be hurt by implementing them.”

It’s a misperception, says Kirchner, that economies will suffer if climate preserving measures are taken – though some industries might. “Even in the short and medium term, there don’t have to be negative impacts at an aggregate level. You will of course have businesses that lose customers, but you will also have new opportunities and markets that open up.“

Kirchner is an ecological economist. While environmental economists use classic economic models and incorporate the environment as a form of capital, those in Kirchner’s growing field start with the environment and look at what we usually call economics as a subsidiary discipline. Classical economic concepts like GDP fail to capture well-being, and in reality, growth projections cannot be decoupled from the limits of ecological systems.

To communicate climate science, a message of enhanced well-being is more likely to inspire public action than “doomsday scenarios,” Kirchner said, which is important, as voters and consumers need to apply pressure at the ballot box and with their wallets. Political leaders and big companies well understand climate change – they just know that taking action has a price.

“Shell [Oil Company] knew for decades that climate change was going to happen – their predictions from the ‘80s were eerily accurate,” said Kirchner. “It’s more about lobbying for interests than not knowing.”

Kirchner believes that political leaders and industry do, in fact, understand the mechanisms of climate change, and the threat that it poses, and are increasingly aware of the kinds of changes that need to be made.

“The issue is getting people to accept the changes,” says Kirchner. It’s about “choices that make our lives better. We can work less, have a cleaner environment. It could be a much nicer world.”

One charge frequently levied against climate change activists and efforts to curb emissions is that they are veiled efforts at malicious redistribution, whose secret intention is to take business away from some corporations and hand it to others, and to move money from rich countries into poor countries. Is this true?

Kirchner seems surprised by the question. “No,” he answers emphatically. It’s a question of justice. International agreements refer to “similar but differentiated responsibilities,” language that captures the fact that rich, high-polluting countries need to help poor, developing countries, by transferring technologies and other kinds of support. One mechanism is the Green Climate Fund, which does indeed redistribute rich countries’ money to poorer ones.

Redistribution, we say jokingly. Ah, says Kirchner. Well, “if [helping poorer countries] is not a value and you don’t want to share, then I think you won’t be able to tackle climate change.” This is, after all, a global issue.

But Austria is among the wealthy countries and has options – at least for now. “The window is closing,” he says. “The sooner we act, the more pathways to carbon neutrality there are.” The Reference Plan provides policy options, not prescriptions – while the goals are fixed, the tactics can vary. For example, we must reduce net CO2 emissions to zero by 2050, but depending on legislators’ political preferences, this could be achieved by an outright ban on fossil fuels, a hefty carbon tax or by tax incentives – coercion, carrots, sticks. That flexibility will decrease steeply over each of the next 10 years, so we need to act immediately.

“We are not Communists. Central planning will not work,” says Kirchner. “We need top-down approaches, bottom-up movements, technical solutions, social innovation, market-based solutions along with regulation. We need everything.”

And as soon as possible. “They are going to make our life better. They’re not going to hurt,” he reassures. The Reference Plan is a comprehensive place to start – but political parties and companies should feel free to reach out to scientists, too. “We as scientists are now really engaging in dialogue, and we would like help… we are here to offer advice.”

Naomi Hunt
Naomi Hunt is a managing editor at Metropole, with roots in the U.S. and Malaysia that have long been buried under Austrian soil. She previously served as a program manager at the International Dialogue Centre (KAICIID) and was a Senior Press Freedom Adviser at the International Press Institute (IPI).
NewsVienna News
Previous articleNine Tips for Buying Property in Vienna
Next articleClass Act | Parasite Hits Theaters