Any summer spent in Vienna pretty much requires a visit to the Museums Quartier: whether it’s for an exhibition, a late-night drink with friends or a bite to eat, the large open courtyard beckons with an expansive range of activities. For a decade now however, the quiet area behind MUMOK has been transformed into yet another attraction: for 16 nights throughout July and August the large inflatable screen of the Frameout Film Festival takes over for a mixture of documentaries, shorts, feature films and experimental cinema, alongside public discussions with movies’ creators.

This year, the tenth season is kicking off with a live performance by singer-songwriter Clara Blume on July 7 on the MQ’s main square, with a screening of the Austro-Argentinian film A Decent Woman (2016) afterwards. In association with MQ’s seasonal motto, “Summer of Movement” and the This Human World Film Festival, six of the evenings will focus on social movements, political activism and uprisings, showcasing movies like Whose Streets?, an American documentary about social and racial inequality, or Knives Out, a political commentary on modern day Poland. Other highlights are the Austrian American Short Film Festival and an evening with graffiti artists from the Calle Libre Street Art Festival; there’s even an evening dedicated to the public’s favorite cat videos for the grand finale.

Admission is free, and rather than drowning out the noise of the surrounding crowds, cinephiles are offered a pair of wireless headphones against a deposit (bring a personal ID). While most of the program is understandable for English speakers, some films only offer German subtitles, so be sure to check the schedule online beforehand. 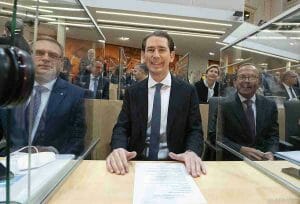 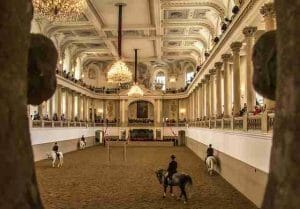