Goran and Ida came to Vienna in the 1990s, and it was here they met. For Ida, it was actually her second time in Austria. Before settling down, she moved quite frequently with her family, as her father worked as a representative of the American Soybean Growers Association in Europe. She finished her studies in Cultural Anthropology in the US and then studied Slavic Studies in Vienna and is now working as a writer and translator. Goran completed degrees in literature and German in Belgrade, and got a research scholarship for a PhD in Vienna. The original plan was to come for a couple of months to do the research. But when the war started, he decided to stay. Many had fled in the 1990s to escape the Milošević regime and the civil war in the former Yugoslavia. It was the first true brain drain, when many intellectuals came to Austria.

“When I moved here, it was like I had simply changed my underwear – another capital city on the same river,” said Goran with a laugh.

Since 1992 he has been teaching BKS (Bosnian, Croatian and Serbian) at the Volkshochschule, and it was there that he became familiar with the Viennese mentality: “I know exactly 3,500 Austrians who attended my classes, so I think I got to know them pretty well,” said Goran, teasing. In addition to his teaching, he is also a writer and works for the city on integration. Ida learned German mostly by watching TV. “I was throwing a lot of parties with my artistic and international friends, so I met average Austrians quite late,” she admitted.

Goran commented that he never faced real discrimination; after all he is white, European and a Christian, and already spoke German. Still, he has had to listen to all kinds of assumptions people have in Vienna about foreigners and wrote a book about it: Vergleichendes Wörterbuch der AusländerInnenologie: Das vorläufige System der komparativen Vorurteile. He is also known for his T-shirts, which feature German words with letters from other languages, usually Serbo-Croatian or Turkish. For example, Bite hohdojč (i.e. Bitte Hoch-deutsch or Please, speak Standard German). Some people find it irritating and have attacked him for allegedly disparaging German. “Ideologically, I’m for subversion and provocation,” he grinned, “because only when you shake people, can they realize there are problems.”

Goran misses Belgrade, which is full of childhood memories, traditional cafés with loud, live music and friendly people to toast with rakija, while singing your heart out. The family keeps Serbian traditions and celebrates Slava – an annual Serbian Orthodox Christian tradition of celebrating a family’s patron saint. (In November 2014, it was added to UNESCO’s Intangible Cultural Heritage List.)

Apart from enjoying the atmosphere and diversity, Ida and Goran have pragmatic reasons for staying in Vienna, like the great health care system, the quality of the water, and the transit system. And of course, their two daughters, Larisa and Melina, were born and raised in Vienna, and are now studying languages.

The sisters feel Austrian. For them, it’s easier to communicate in German than Serbian, although they continue to speak it with their parents, so they don’t forget it. They appreciate the third culture lived by immigrant children like themselves. It helps to understand each other better, they say. It is also interesting that they took their mother’s last name: “Cerne,” so common in Austria, that nobody can tell that they are Serbian. “I like that we are incognito,” Larisa says. “Nationality is not the essence of the person.”

For Goran, language is the key to integration. But it should also be a two-way street. That’s why he started calling it inteRgration. “At the question why foreigners should learn German, some Austrians reply: So they can understand them. But I think the understanding should be on both sides,” he said. Larisa added that finding the right balance is important – between not changing anything and total assimilation.

The Balkan Way of Life

Goran, who has taken Austrian citizenship, thinks it’s natural that people in the 21st century have multiple identities. His identity is Belgradian- Viennese. With his Austrian friends, he has tried to bring in the Balkan way of life: “I teach them to relax, kiss and hug more. Exaggeration is the essence of Balkan nature.”

Ida thinks it is very important not to separate people according to “we and they” – because “every person has a world inside of themselves.” Goran added, “But don’t wait for the miracle! Just go and talk to people. You will get many rejections, but also wonderful things that you might not have expected will also happen.”

At the moment, because of the economic situation, whole families are still leaving Serbia and finding their new home in Vienna. It can be very rough, and it can be taken as an exciting adventure. But one thing these families have in common is their children. While providing them with a better life and education, they also help to make Vienna more diverse.

Now in their 70s, Dragica and Marin Belivakić are still living in the same flat they moved into when they first came to Vienna, when they were Hausmeister (superintendents). Christian Orthodox icons on the wall set the tone of Serbian tradition. Like many others from Yugoslavia in the 1960s, they came as Gastarbeiter (guest workers), then only in their early 20s. They were born in the same village close to Negotin, a town in East Serbia – “the appendix of Serbia” – as Marin calls it. Struggling financially, they decided to move to Vienna for a couple of years, leaving their 4-year-old son with his grandparents.

“Eventually, a couple of years turned into 50,” said Dragica with a smile.

The beginning was quite easy. “They welcomed us and the other workers with a song at the train station,” remembered Dragica. Within a week they found their first apartment and started working at a metal working factory, producing steel galvanized with a coating of zinc: no visa, no work permit, no experience required. It was a very different world from today.

With so many Yugoslav colleagues, learning German was challenging. “It’s very important for work, because they can’t mistreat you that easily,” said Marin. Dragica learned German with Opernball organizer Lotte Tobisch, whose mother, Nora, she cared for more than 20 years. “When her mother died, I couldn’t leave Lotte,” she remembered. “She told me I was part of the family and that she too cared about me.” Through daily conversations Lotte helped Dragica improve her German. “She was my first Austrian friend. If you are honest and if they can trust you, then they reciprocate, they give the same back to you.”

Far Away, Far Away

The hardest part for Dragica was being separated from their son, although he had been the main reason for their migrating, so they could provide him with a better life. Considering the workload, it was difficult to visit. Marin managed to visit more often than Dragica. “I will never forget the moment when my son said to Marin, ‘But I saw you last time! I haven’t seen mom since New Year’s Eve!’ It’s something that stayed with me,” Dragica said, wistfully.

Their son, Slobodan, then followed his parents’ footsteps, moving to Austria in the 1990s, working two jobs as well: transport and Hausmeister. Unlike his parents, he is nostalgic for his hometown, having spent most of his childhood in Serbia. Dragica and Marin feel equally at home in Serbia and Austria, although they have never applied for Austrian citizenship.

Slobodan’s children, Nikola and Marija, are now the third generation living in Vienna. German is their first language, which they learned before kindergarten, and now are studying languages at the University of Vienna (Nikola is even learning Chinese!). “The more you know, the easier everything is,’’ Dragica said. Education and financial stability were what they had always wanted for their grandchildren. When they bought an apartment in the 8th district, the son commented that it was too expensive – to which Dragica replied: “I don’t want them to be tormented the way we were.”

After 50 years of building their dream, these people and many more Gastarbeiter families like them have also built Austria. Hidden behind the perfection of the Baroque architecture are Hausmeister, probably from ex-Yugoslavia, who take care of them. 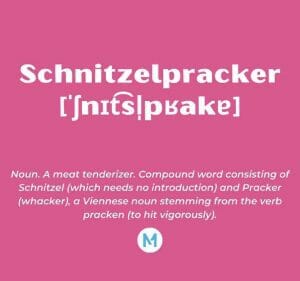