With economies slumping due to the coronavirus, rescue packages into the trillions are being drafted. In Austria and Vienna, with the Greens as coalition partner in both the federal and the city government, the measures are coming with a green tinge.

First, the city of Vienna charged ahead.

On April 28, the city government announced that in the future, all new buildings in Vienna will need to have solar roofs.

Currently, such an obligation for photovoltaic modules on the roof only applies to new industrial buildings. With the upcoming amendment, the requirement will now be extended to educational buildings and residential buildings. Where this is impractical, building contractors have to offer alternative areas for generating an equivalent amount of solar energy.

The solar energy generation mandatory on residential buildings will be calculated based on the electricity needs of the house itself. Thanks to incentives, City Hall hopes that many contractors will comply not only with the minimum requirements, but will install larger systems for converting solar energy into electricity.

With the change in the regulations, the city also wants to take a step towards digitalization. The amendment will create a legal basis for the electronic processing of all official steps such as the submission of the building notification, the application for a building permit, the notification of the start of construction and the notification of completion, it was said.

Not to be outdone, at the end of May, the federal government also announced significantly higher spending on climate and environmental measures. The allocated budget will rise by 58% year-on-year, from €280 million to €441 million. A tenfold increase of funds for building bicycle lanes (to €46 million) is tailored to the new realities of socially-distanced travel in  times of corona. E-mobility will be incentivized with another €46 million, solar panels with €13 million, both almost double last year’s number. In addition, construction on Vienna’s U-Bahn system  will be supported with €78 million.

Funds for replacing oil-fired heating systems will be increased by a factor of five, to a total of €100 million. The plan to upgrade 22,000 heating systems with cleaner alternatives does not depend solely on money, though. Specialists are needed, whose training – or redeployment from other crisis-stricken sectors – is also an option.

Finally, the federal government is also working on a “regional bonus” for locally sourced food. Depending on the length of the journey, tax credits will apply. Furthermore, designation of origins for food will be expanded to give the consumer more information to make responsible choices and all public bodies will buy locally grown and produced foodstuffs only from 2025 onwards, at the latest.

Environmental organizations like Global 2000 acknowledged the merit of the budget increases and planned measures, but stressed that even the new climate budget would only represent “a third of what’s needed” for Austria to become climate-neutral in 2040 – a goal the government has committed to. 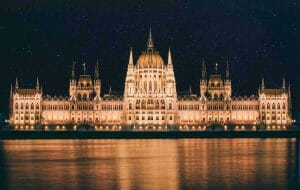 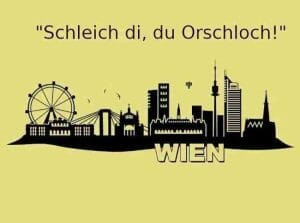 How the Viennese Reacted to a Night of Terror – with Solidarity, Resilience and Wit