By the time the author Robert Musil died in 1942, he still considered his 1,130-page magnum opus The Man Without Qualities an “unfinished work.” Considered on par with Marcel Proust’s In Search of Lost Time or James Joyce’s Ulysses, ­Musil’s book takes on the implications of a decaying, post-fin de siècle 1913 Vienna on the brink of one of the most devastating periods of the 20th century. In total, no less than 12,000 pages comprise the manuscript that consumed the last 20 years of Musil’s life. The work was ­recently made available at Vienna’s National Library.

In The Man Without Qualities, ­Agathe, the protagonist’s sister, only appears in the last third of the sweeping novel, even though her role is pivotal. At one point in its evolution, the book had the working title “The Twin Sister.” But the protagonist ultimately became Ulrich, who – as the final title indicates – is a kind of blank slate struggling to find purpose.

Pieced together from 350 pages of the original plus previously ­unpublished proofs, Agathe; or, The Forgotten Sister is an ­attempt to isolate this crucial relationship into a stand-alone narrative, resulting in an unsettling, otherworldly exploration of the limits of love, identity and ­human existence.

After the death of their father, siblings Ulrich and Agathe are reunited as adults. Growing up with little contact, they are surprised by their uncanny physical resemblance and their instant affinity. Both have lived unsatisfying lives; the brother has struggled to find meaning in his privileged life in Vienna, while the sister is at the end of a lifeless marriage.

Even though father and son were estranged, on learning of his father’s death, Ulrich’s first thought is, “Now I am all alone in the world,” making Agathe’s entrance into his life even more propitious. Upon seeing him, she is amazed: “I didn’t know we were twins!” she declares, as if they were each looking into a mirror for the first time.

Many “reflections” ensue: Are they male and female versions of one mind and body? Are they two halves of a whole? Are they each other’s “soul mates,” leading to unthinkable consequences that threaten their own deepest sense of morality?

The struggle to find themselves in the other takes dangerous turns, best described by Agathe: “…it’s like seeing myself in the shards of a mirror. With you it’s impossible to see all of oneself in one view!

They question every aspect of their impossible situation – moral­ity, identity, family, love – as they eventually recede from society itself, retreating to Ulrich’s residence and into an alternate reality.
At best, this assemblage could be seen as an expanded appendix to a larger work that features many more characters on the wide stage of early 20th century modern life.

Musil had his finger on the pulse of his time, tackling questions of contemporary society that remain resonant today (“As soon as some [leader] comes up with an idea it is immediately pulled apart by the sympathies and antipathies generated…”). Yet he was also a virtuoso at creating characters with razor-­sharp precision, a delight in the original book that is limited in this focus in Agathe.

But the centrality of her character may be best illustrated in the final chapter included in this version, which Musil was working on only hours before his death:

“Is it you or is it not you?” Agathe asks. “I am in love, and know not with whom!…”
Time stood still, a thousand years weighed as lightly as the opening and closing of an eye…

In these moments, we are given a moving insight into the elusive, fleeting, yet eternal, state that the siblings are seeking both in each other and themselves, as well as ­Musil’s quest for transcendence. 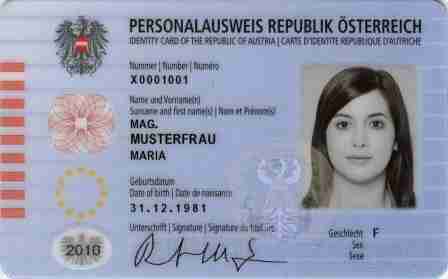 The Flow of Commerce | How the Danube Energizes Austria’s Economy