Retail stores in Austria still stay closed on Sundays, but the benefits outweigh the inconveniences

So Richard Lugner is at it again. This summer, for the third time, the shopping center magnate has gone to court seeking a special ruling to allow his “Lugner City” to stay open one Sunday a month.

Few think he has a chance: While a majority of business owners (73%) are in favor of the change, the unions remain opposed. While open shops please consumers, those who would actually be working the shifts – most of them women – vote consistently (96%) against it.

Now routine in many countries, shopping on Sunday is off the agenda in Austria. Nearly everything is closed. Not the churches, of course, nor the temples of culture, the museums, theaters, concert halls and sports clubs; nor the restaurants, cafés, taverns (absurd!) and essential public services like hospitals, public transit and the police.

There are also some charming gestures to civilized life, like the bakeries steaming with fresh bread (open until noon) and florists, with bouquets for your hosts. And some controversial fudges, like the supermarkets (also selling wine and beer) muscling in on the exemption for the travelers’ food shops in railway terminals and gas stations – an exception that infuriates Lugner.

This is a cultural choice. It’s about having time for something else, time for gardening, perhaps, or playing music, for leisurely eating and drinking with friends, for taking in a show or a film – all the things you start having time for when the business of life is off limits.

More than anything, Austrians talk about Sundays with the family, for luncheon, board games or an outing. Restricted shopping hours are in fact one of the few things the Catholic Church and the Austrian Social Democrats consistently agree on – that there should be times that are free from the tyrannies and distractions of commercial life.

It’s a choice not to have all social decisions made by the market.

This is not snobbery: Culture and ideas are not elitist in Austria, with one of Europe’s oldest public school systems and, since the 1920s, culture, sports, libraries and continuing education programs specifically for the working class. In Vienna, some of the most active theaters – the Rabenhof, Hakom in Nestroyhof, and the cabaret theater Vindobona on Wallensteinplatz – are part of Gemeindebauten social housing complexes.

So far, Lugner has the support of the Vienna People’s Party (ÖVP) leader, Gerhard Blümel, and the NEOS, pushing to lift restrictions. And Walter Ruck of the Vienna Chamber of Commerce, who has proposed “tourism zones” open Sundays to serve visitors. And many retailers, scrambling to make up for sales lost to online. Whatever the price, they say, it will be worth it.

But as with most things, knowing the price is not enough.You must also understand the value of what is lost. 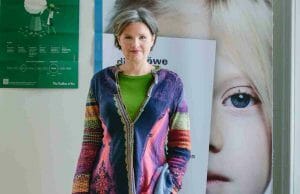