Metropole’s Top 5 Picks to Stream this May

There’s so much good television on streaming websites, to say nothing of the films. It’s impossible to keep track of what is worth your while. Use those rare May evenings spent inside to binge funny, thought-provoking and incredible shows.

Astrid Lindgren’s timeless and belovedchildren’s novel about the only child of abandit chief growing up among a clan of robbers has been animated at last! Co-produced by the storied Studio Ghibli, makers of classics like Princess Mononoke and Grave of the Fireflies, the English dub is narrated by The X-Files’ Gillian Anderson. Over the 26-part series, 10-year-old Ronja marvels at the beauty and mystery of the forest, but when she befriends Birk, the son of her father’s rival, she struggles to balance friendship and loyalty, learning that love and understanding are pivotal in life.

A controversial Indian guru moves his utopian commune to a small, conservative town in Oregon. Mass poisonings, rigged elections and attempted assassinations follow. Sounds like an interesting crime plot? Think again: Bhagwan Shree Rajneesh and his thousands of followers were very much real. Over six episodes, Wild Wild Country recounts the conflict between two fundamentally opposed towns that escalates into a national scandal. A true story beyond belief.

It’s hard to stand out among the wide selection of food shows available, but Michelin-star chef David Chang’s Ugly Delicious certainly is refreshing: it takes a highly egalitarian approach to culinary culture, traversing continents with chefs, artists and activists to taste local dishes. Every episode uncovers the sociological and historical context of one popular food: take a trip and explore Viet-Cajun cuisine in Houston, Neapolitan Pizza in Tokyo, home cooking in Copenhagen, and much more.

After a brutal virus that travels via downpours kills off nearly the entire Scandinavian population, two Danish siblings emerge from their protective bunker six years later to find civilization wiped out. In Netflix’ first Danish original production, the rain’s survivors discover that love, jealousy and coming-of-age dilemmas exist even in the post- apocalyptic world, and struggle to survive. Unburdened by the past and societal rules, what is the meaning of freedom if the world as we know it has ended?

In his first major solo offering in seven years, English comedian Ricky Gervais takes on current issues like aging, mortality and a society that takes everything personally. Recorded at the Apollo in London, the stand-up veteran’s thoughts on fame, becoming spoiled and whether t to have kids are all featured in this cohesive, hilarious show that wears its heart on its sleeve. 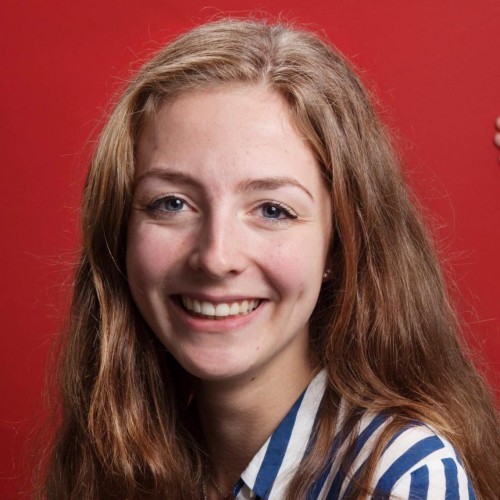 Lisanne Brouwer
Dutch born and bred, Lisanne holds a Liberal Arts and Sciences BA, is passionate about Diversity and Cultural Studies and likes theatre, art museums, cooking, trying out new restaurants and singing in the shower. After a great few months in Vienna with METROPOLE, an MA in Arts Administration & Cultural Policy at Goldsmiths, University of London is up next.
CultureFilmPrint EditionsMay 2018
Previous articleStats | Food & Drink in Austria | May 2018
Next articleEmpowering Homegrown Energy Solutions | Created with UNIDO