Election campaigns for the National Assembly are in full swing, but the fallout continues for the far-right Freedom Party (FPÖ) and Novomatic. As Metropole covered last week, these are alleged to have done a dirty deal relating to Casinos Austria (CASAG), whose biggest shareholders include the Austrian Government (33.24%), gambling giant Novomatic (17%) and the Czech Sazka Group (38.3%). This story has since grown legs; here is a summary of the most important developments.

A week after the homes of implicated FPÖ and Novomatic officials were raided on August 12, a second whistleblower reportedly said that long-time CASAG supervisory board president, Dr. Walter Rothensteiner, had breached trust by allowing Sidlo and ÖVP-linked Bettina Glatz-Kremsner to assume their new posts in May. The change reportedly cost CASAG €7.5 million in severance to board members who were still under contract – further fueling speculation that the appointments were designed to influence policy. Rothensteiner has denied any impropriety.

Since the story broke, both the party and the company have taken an aggressive approach, believing the best defense is a good offence.

Nothing to see here

The FPÖ has doubled down on two narratives: First, that the investigation is politically motivated and timed to coincide with the election – which Strache has repeatedly said on Facebook and in interviews. In particular, the party has decried the confiscation of Heinz-Christian Strache and Johann Gudenus’ private cellphones – currently under investigation for various Ibiza-related allegations, both former FPÖ luminaries are known for conducting business via their phones. On August 19, the FPÖ’s security speaker Hans-Jörg Jenewein put out a statement expressing his fear “that data leaks [from the phones] will appear in the media and fuel further dirty campaigning in the election.” Strache and others also point to the timeline: The documents leading to the Federal Prosecutor’s investigation were first leaked (and reported) in May – but the raids didn’t happen until August, after the government was dissolved and just before election season.

Secondly, the FPÖ argues that the whole affair is blown out of proportion – a “nothing to see here” approach. Austria has a long post-War history of party-affiliated appointments to top roles at parastatals, as Addendum has comprehensively demonstrated. Since everyone seems in on it, the question is whether Peter Sidlo, the FPÖ member appointed to the CASAG board was actually qualified or – as some pundits would have it – placed there to be a “blue Glücksfee (fairy godmother)” for CASAG and Novomatic, lobbying in their favor. Reports dating back to May say that CASAG ignored a headhunter’s concerns that Sidlo was unfit for the role. Sidlo has defended his appointment publicly, saying he is fully qualified to hold the post. In a TV interview on August 25, FPÖ head Norbert Hofer agreed and listed examples of other parties planting cronies in other state-owned companies.

Novomatic, for its part, argued that it doesn’t have the  formal authority to appoint the CASAG management board and that it gains nothing from the allegedly promised changes. Executive Board Chairman Harald Neumann and Gudenus have both said, in different words, that the accusations are legally and “realpolitically” absurd.

Both the FPÖ and Novomatic have pointed fingers: Hofer said during an August 19 TV interview that he believed Sidlo´s predecessor, Dietmar Hoscher, was responsible for the leaks; Hoscher immediately filed a complaint, denied the accusation and pointed out he is still employed by CASAG in a different capacity. On August 24, Neumann accused the Sazka group – which the rival corporation immediately denied (Novomatic and Sazka have recently battled for control of CASAG).

Meanwhile, news weekly Profil revealed that Novomatic had made generous payments to an FPÖ-affiliated think tank, the Institut für Sicherheitspolitik (ISP), starting in 2018. The NEOs, calling ISP founder Markus Tschank (FPÖ) the “Lord of the FPÖ´s ‘black coffers,’” and decrying the “FPÖ swamp,” called for investigation. The FPÖ distanced itself from the formally independent ISP, while Novomatic stated its support for the ISP had been intended to “strengthen its competencies in security and safety.”

This story has struck a nerve, as Austrian politicians have long been suspected of pay-to-play practices, with Strache mentioning in the now-infamous Ibiza video that “Novomatic pays everybody.” If nothing else, this scandal has yet again exposed the Austrian tradition of “Postenschacher” – meaning, per Wikipedia, “the distribution of posts without previous public recruitment and without any particular requirement of qualifications.” German and Swiss media pundits are shaking heads and wagging fingers.

Although it is neither surprising nor new for political parties to seek influence (or cushy jobs) in state-owned companies and for corporations to lobby for political influence, outright bribery and corruption are very much illegal. Whether the investigation results in criminal charges remains to be seen. 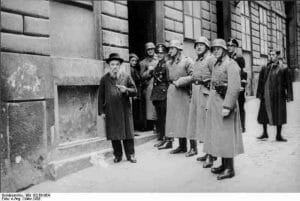 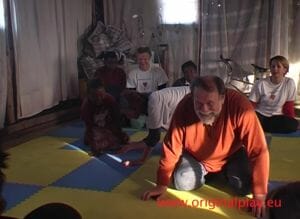