For years, he was the face of the FPÖ. At both a state and national level, Heinz-Christian Strache was there. Since taking over the party from Jörg Haider in 2005 (who went on to found the now-defunct BZÖ), his name has been nearly synonymous with the party. But now it is considering expelling him, as the daily Kurier reported yesterday, September, 25.

The Kurier quotes anonymous party members making statements like: “He is history,” or “He harms the party,” or “He can no longer run for the FPÖ in Vienna”.

The reasons aren’t limited to the Ibiza scandal, but include new accusations against the former party chairman with regard to his Spesenabrechnungen (expense reports).

Strache is said to have billed the party for private expenses from 2014 to 2018. The FPÖ granted him an expense account of up to €10,000 per month for party purposes. This was in addition to his vice-chancellor’s salary of €19,262.70. With his wife Philippa Strache having received between €11,000 and €15,000 as an “honorary animal welfare officer” of the FPÖ, the couple thus had a total of around €42,000 in taxpayers’ money at their disposal each month.

At first, it was unclear where the information came from. But on Monday evening, the Soko Ibiza (the commission tasked with investigating the Ibiza affair) raided the house of “Oliver R.”, Heinz-Christian Strache’s former head of security, and arrested him, as reported by Der Standard and Die Presse. He had supposedly been collecting “incriminating material” about Strache and other FPÖ politicians for years. In 2005, the man – who was also a FPÖ district council in Ottakring – tried to pass on this information to the authorities in exchange for money. But the public prosecutor’s office did not show any interest in the deal. The bodyguard also seems to be familiar with the people behind the Ibiza video and is said to have shared parts of the material about Strache with them. Strache stresses that he has always acted lawfully. But the FPÖ has now decided to check all expense receipts dating back to 2013. 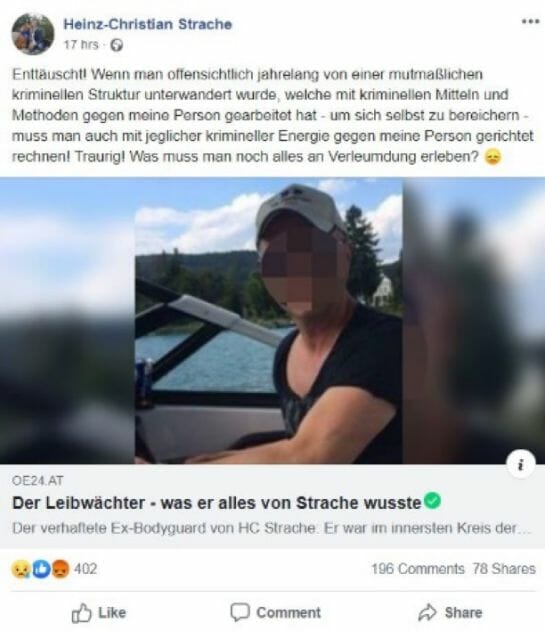 (Strache on his personal facebook page: “Disappointed! If I have obviously been infiltrated for years by a suspected criminal structure that used criminal means and methods against me – in order to enrich themselves – I must also assume there is criminal energy directed against my person! Sad! What other slanders are on their way? 😞”)

Party chairman Norbert Hofer published a statement via video message yesterday, September 24. The current publications as well as the Ibiza video, he said, are the work of a “criminal network” that has been trying for several years to destroy the FPÖ. He wants to examine the accusations against Strache. Still, he says he is prepared to “draw the necessary conclusions” if the accusations prove true. 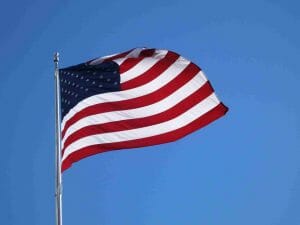