Here’s is this month’s Last Word

Verb. 1. To do a slipshod, haphazard, unprofessional or poor-quality job; 2. To work with inferior materials; 3. To do Schwarzarbeit (lit. “black-market labor”), the practice of working off-the-books, without paying taxes, social security, insurance or other benefits. Not uncommon in the Austrian construction business, it’s often used to cut costs, employ unlicensed or undocumented workers for pittances (particularly illegal immigrants or refugees without work permits) and circumvent guild, union or government regulations.

While Schwarzarbeit does not necessarily mean substandard workmanship and/or materials, the first two definitions are generally implied, as anyone unscrupulous enough to bilk the authorities will likely cut corners elsewhere as well. While Austria’s “shadow economy” is fairly small at an estimated 7.1 percent of gross domestic product, a whopping 39 percent of the construction industry is presumed to engage in the practice at least some of the time. 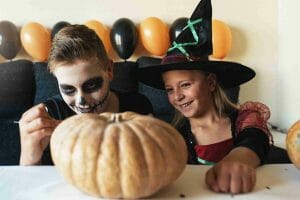 Esterhazypark – In the Shadow of History