Philipp Blom sets out to demonstrate how rapid climate change can dramatically upset our social and economic structures, our everyday lives. It has happened before, in 17th century Europe.

Historians are rarely content just to chronicle facts; they look for threads that connect the jumbled events of an epoch into a logical narrative. Not only a description of what, but an ­explanation of why. It is this that makes our human history so fascinating and a good historian so readable.

Vienna-based historian Philipp Blom’s new book, Nature’s Mutiny, sets out to reinterpret the turbulent and horrific period in Europe from about 1570 into the early 1700s as a result of dramatic climate change, what became known as the “Little Ice Age.” There was a drop of around 2 degrees Celsius across the Continent, the same temperature shift that is dominating our current ­debate on global warming.

At first we are lulled into a false sense of security; it can’t have been all that bad: The jacket shows a charming winter landscape from Dutch painter Hendrick Avercamp. How happy they all seem to be, Blom comments, gliding across the frozen ­canals on skates, the wealthy warm in their ample furs, simple folk in short jackets, apparently enjoying an outing on the ice. It’s a sunny winter’s day, no one appears to be suffering. But they were, and horrifically.

The author’s deep-dig research draws a sweeping panorama vivid with microscopic anecdotes of ­everyday existence to fill out the big picture. He quotes the diary of a lowly monk from Gouda in the Netherlands. Wouter Jacobszoon had sought refuge over the winter of 1572 from marauding Protestant geuzen in starving, but still Catholic, Amsterdam. As Jacobszoon emerges from the city into the frozen April countryside, he hardly recognizes what he finds: houses and churches burned and in ruins, naked bodies on roads, some crushed by wagon wheels and left for wild animals to pick on. “God has abandoned us” – a common refrain at the time – circumstances so dire that it had to be God’s work, “a mixture of divine wrath and perversion of nature,” comments Blom. As the century progressed, it did not get any better.

The Scourge of God

Eighty years later, Jean-Nicolas de Parival would write: “This is the terrible century, nation against ­nation …,” ascribing war as well as plagues, famine and floods, to the climatic disaster. Like Blom, he ­believed that weather changed the course of history. But men of God were by no means in agreement. Many saw natural disasters as God’s just punishment for the sins of mankind, and elaborate rituals were organized to appease heavenly wrath: Holy relics were brought out and flagellants whipped themselves into bloody frenzy.

But as the terrible century continued, an ugly blame game emerged: the witch hunts. Typically a single denunciation would snowball into a collective hysteria to punish the cause of so much misery, a supposedly ungodly person in league with the forces of evil. Secular authorities, a local prince or town mayor, would try to intervene, but often the populist pressure was too great. Blom recounts a tragic case in the small town of Nörd­lingen, northern Germany. The wife of a respected town paymaster was accused by another woman of being a witch; she was arrested and tortured. Aware her situation was hopeless, she managed to smuggle out a letter to her husband pleading for poison to end her misery. By the time the letter reached him, she had already been burned.

The calamitous cold was not confined to northern Europe; across France and Italy, crops failed and thousands died. In 1594, ­Marseilles harbor was still ice-bound into April. But it was not only the freezing winters; a prolonged streak of freakish summer weather added to the general misery. Some years, cold and rainy summers allowed nothing to grow; other years scorchingly hot and rainless summers caused near total crop failure.

Some of the most detailed documentation comes from the wine business. In an age when town water supplies were often unsafe to drink, wine was a vital commodity and a major industry. The meticulous records tell a baleful story: In the scorching summers the fruit dried on the vines, the yield shrank to almost nothing. And in rained-out years, the grapes never made it further than sour green berries, leaving the resulting wine undrinkable. As usual with the ­calamities of nature or war, there are also opportunities for some: French winegrowers were delighted to see the competitive English wine industry collapse in a puddle of vinegar, while in Vienna, vintners found a new market for vinegar in makers of pigments and mustard.

The major agricultural commodity was, of course, wheat, the staple of life. Massive crop failures across the Continent meant that usually self-sufficient regions had to buy grain from those who had enough. Southern Europe was shipping wheat in from the relatively well-stocked Baltic states, which had far­-reaching effects on the commercial balance of power between north and south. Dutch and English shippers controlled vital food supplies from the north, opening up Mediterranean markets and challenging the primacy of Venice.

The 17th century was a time of enormous change, medieval stasis giving way to Renaissance ration­ality. Farming techniques were ­improving, as steel ploughs and the heavy oxen to pull them offered improved yields despite the dreadful weather. As agriculture became more market-oriented, the landed gentry across England and the Habsburg territories were enclosing common land, depriving peasants of their subsistence cultivation. The growing wealth and influence of the trading towns were challenging the established order of centuries.

Blom’s argument is that these dramatic ­developments were accelerated, or indeed driven by, the long winter of discontent.

Ultimately, several reviewers ­remained unconvinced: Publisher’s Weekly judged Blom’s arguments “­intriguing but often tenuous.” Peter Miller in The New York Times felt Blom was trying too hard to answer current questions with the changes arising out of the Little Ice Age. (And this British reviewer might be a little miffed that the defeat of the Spanish Armada is credited more to the weather than to English seamanship!)

But there is no doubt this is a fascinating tour d’horizont of a pivotal ­moment in history as well as a thoughtful provocation for our times. And in any era, a very good read. 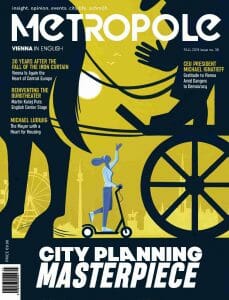 Our top 10 Picks to Stream in February