When we read or hear of the Syrian city of Aleppo, our minds subconsciously conjure images of the horror and destruction that has befallen the city over the past ten years. However, today’s journey will be exceptional, as we will travel through the city in 2009, before the current war, when this heavenly spot on earth was still filled with the magic and beauty of its 5,000-year-old legacy.

Let us first begin with the name of the city. From ancient times to the present day, the city has been known as Aleppo al-Shahba, named after its white stones. The Syriacs named it “Halba” which also means Al-Bayda or “the White.” Situated in the northwest of Syria, Aleppo was a key stop on the Silk Road trade route connecting Asia Minor and Mesopotamia, a location that still makes it Syria’s economic capital and a hub of intercontinental trade.

Aleppo is a tiny jewel in a vast world. It is one of the oldest inhabited cities in the world and the most populous in Syria. Like wine whose taste improves with age, Aleppo’s ever growing magic draws on the tales of each of the sultans who lived there and the heritage of each of the many civilizations that flourished within it. The city has seven “Babs” or Gates namely Bab al-Nasr, Bab Antakya, Bab al-Ahmar, Bab Janan, Bab al-Hadid, Bab al-Maqam and Bab al-Faraj. And while the last was demolished in 1904, the large clock built in its yard still stands – a popular place for friends to meet in the old-style cafes and underground taverns nearby.

In the city center, you will also find a huge library with books and manuscripts dating back to ancient times. The whole area can take your breath away and a single cup of the local Arak or licorice liqueur, similar to Greek Ouzo or Italian Sambuca, can take you back to the Mamluk era.

The city’s architecture is characterized by simplicity and elegance. The adornments are kept to a minimum but in the most subtle of ways, are soothing to the eyes and to the heart. When I remember the synagogues, churches and mosques of Aleppo, my mind’s eye imagines an old city at the center of Eastern religions, with a simplicity reminiscent of Zen Buddhism.

Syria’s castles also play an important role in the city’s history and culture, and two of the most famous are in Aleppo. The Citadel is one of the oldest and largest castles in the world, dating back to the Middle Ages; it was later occupied by successive civilizations, including the Greeks, Byzantines, Mamluks and Ayyubids. The Monastery of Mar Samaan al-Amoudi built in 412 AD is the second most famous, where Saint Simon would fast for days, praising and worshiping God.

The city is infused with mysticism and, in a snapshot, might even be accused of housing religious extremism, both Christian and Islamic. Honestly, this would not be an accurate picture. The Muslims and Christians of Syria have lived together in peace for centuries. And while fewer in number, Syrian Jews have also lived peacefully in the same neighborhoods as their Muslim and Christian compatriots. There are also atheists and they too play an important role in Syria. The echoes of the spiritual and cultural songs and music of many faiths and ethnicities ring throughout the city bringing a beauty and solemnity that is hard to find elsewhere.

I may have said too much about the city, but time always reminds us of the end of things. Endings always herald new beginnings, and despite what my city has been through, and is still going through, I have never lost hope in its youth and their resilience, especially when I hear their music and see their masterpieces in the Citadel Theater – now absolutely safe again.

Last But Not Least,

I must tell you that Aleppo has a share in the lives of many poets, historians and writers such as Abu Firas Al-Hamdani, Shakespeare, Agatha Christie, and Al-Akhtal Al-Saghir. The city was also home to Al-Mutanabi (regarded by many as the greatest Arab poet) and inspired him and many of his poems; he described Aleppo by saying:

We cannot stay in one place, no matter how fine, the place itself cannot leave.

Whenever its gardens welcomed us, we said to Aleppo, you are the destination and the way.

In you are pastures for our horses and those flying, and to it, our carcasses, lay dying*

Nizar Qabbani (the renowned 20th century Syrian diplomat, poet, writer and publisher) mentioned it in one of his poems, wherein he said:

All the paths of the Europeans lead to Rome

All the paths of the Arabs lead to poetry

And all the paths of love lead to Aleppo* 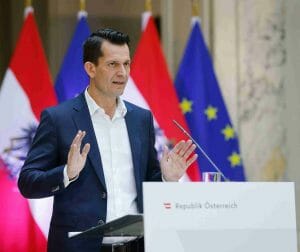