The interest and passion Syrians have for their food is second to none. This love stems from their customs and traditions, which are founded on the concepts of generosity and honoring their guests. What better way to honor a guest than by overwhelming them with food?

It is virtually impossible to visit a Syrian household and not get invited for a meal or at least a cup of coffee with Baklava. Syrians are all about hosting and sharing their cultural habits. There’s even a famous Syrian saying that indicates a strong relationship on the basis of shared meals, “We have bread and salt between us.” If you are a tourist walking through the streets of old Damascus, you are bound to get invited for a cup of tea or a home-cooked meal.

As a result of this culturally embedded hospitality, Syrians became accustomed to adding love to their food. Syrians insist that taste has to be perfectly delicious while still healthy and varied.

A large portion of Syrian food contains most nutrients that the metabolism needs. For example, Syrians are used to eating “Fool Mdammas” for breakfast, it’s a form of Fava beans boiled with fresh vegetables, lemon juice, and garlic, commonly eaten with pita bread and Ayran yoghurt. It’s one of the cheapest things to eat available in any district of Syria, a simple meal containing protein, fiber, folic acid, minerals, vitamins, and antioxidants. Syrian dishes are full of nutritional benefits. So now is as good a time as any to invite you to try the Syrian cuisine.

Given the shared history and culture between the two Middle Eastern nations, there’s almost no difference. The regions of the Levant share many dishes. For example, the Syrian and Lebanese cuisine focus on salads, grape leaves, stuffed vegetables, rice, olive oil, fresh lemon and pomegranate juice are essential ingredients in cooking.

It is however visible that in Europe and elsewhere, Lebanese cuisine is the more dominant of the two. This can be traced back to the mass exodus of Lebanese during the Civil War from 1975-1990, which strengthened the reputation of the Lebanese cuisine across the world. Yet, to be honest, the two cuisines are almost identical. So if you are ever invited to a Syrian or Lebanese restaurant, don’t be surprised if the dishes look and taste extremely similar. One can only tell the real difference if you are actually in Lebanon or Syria, because that is where the subtle differences become clear.

Let’s go back in history; Syrian cuisine has been very rich and varied since ancient times, as it represents the heritage of the many cultures that inhabited its land. Like other former Ottoman nations, Syrians infused Ottoman dishes into their cuisine – things like Turkish kebabs (more like Adana Kebab and not the widely known Doner Kebab) that are available in great variety across all Syrian cities, each adding their own touches and methods. Most Syrians agree that Aleppo’s cuisine is the best and most varied when it comes to kebabs (they have over 15 varieties, some with aubergine, others with sour cherries), while Damascus is famous for its cooked yoghurt dishes, and chickpea fatteh.

Overall, as elsewhere in the Levant, there is a prevalence of lamb and ground beef, and most cities use a similar spice mix based on cinnamon, ginger, cardamom, cumin and black pepper.

When friends meet and walk through the narrow lanes and adjacent houses of Damascus, it is very difficult to ignore the inviting smells pouring out of the restaurants and houses. It could be the famous shawarma, which is chicken or lamb meat on a skewer for barbecue, with garlic cream, pickled cucumber and pomegranate molasses, (while it does look similar to Doner Kebab, the taste is entirely different). Another aroma is the smell of falafel, which Syrians eat religiously.

But the main street food Syrians thrive on is a mixed grill of lamb, beef, chicken, onions and tomatoes, however, this is not exclusively a dish you get from a restaurant (like shawarma and falafel which are seldom made at home), more often than not, in spring and summer courtyards across Damascus, at least once a week you would invite friends and family over for a barbecue.

As you can imagine, one cannot just simply eat savory dishes, either on the street or when hosting at home. Syrians have a sweet tooth, so it is almost mandatory to eat kunafa (a cheese-based dessert famous throughout the Levant). Also, while wandering through those narrow alleyways, one will surely encounter a food truck, carrying green almonds and green sour plums (ouja and jarnick) in spring, in summer, grilled and boiled corncobs, in autumn fresh pistachios, and in winter boiled beans with lemon broth, cumin or roasted chestnuts.

If you have been out with a Syrian friend, you must have had a struggle when it came to paying the bill at a restaurant. It is a prevalent Syrian (likely Arab too) custom that an individual pays for a group of friends, such that one of them rushes to pay the bill as evidence of their generosity, and another insists on paying for everyone on another day. For Syrians in Austria beautiful memories and laughter are connected directly to their dishes, so, heavy with nostalgia, they come to Vienna from all over Austria to visit Levantine restaurants to recreate the feeling that they are at home. And perhaps not surprisingly, these Levantine restaurants are mostly in the Austrian capital and are almost impossible to find elsewhere in the country.

Despite the magnificence of Syrian street food, it differs greatly from the homemade dishes. Syrian women invest love and passion into their meals, apparent from the famous homemade dishes that require a couple of days to prepare, such as the most popular stuffed dishes, where vegetables are dug out (zucchini and eggplant) on one evening, then stuffed the next morning with rice and seasoned meat before finally simmering them for an hour and sometimes more.

A big challenge facing many Syrians is recreating authentic home dishes in Austria, mostly due to lack of some ingredients or the massive difference in taste of certain vegetables and herbs. For example, Fattoush is one of the most famous Levantine salads and contains cucumber, tomatoes, lemon, salt, sumac, herbs, mint, green thyme, watercress, and an herb that’s identical in shape to Austrian Vogerlsalat (lamb’s lettuce or corn salad) but has a much stronger taste. This Levantine version of Vogerlsalat defines Fattoush for some. So, every time I visit a different European country, my instinct is to immediately buy a pack of Vogerlsalat in hopes that I can finally taste those delicious Levantine greens. So far, I’ve never been successful.

Let me tell you a little bit about how Muslim Syrians observe the holy month of Ramadan.

They invite family and loved ones to gather at the Iftar “breakfast” table (after sunset), which must include all kinds of food, beginning with energy-rich dates and thirst-quenching drinks such as (licorice, tamarind, apricot juice, in addition to water). There is an old custom among neighbors, and the reason for Ramadan, exchanging among themselves a plate of food or sweets daily to add more variety to their tables.

A typical Iftar meal starts with a soup, the most important of which is shorabet adas (lentil soup with meat or chicken broth), eastern salads like tabbouleh, or fattoush, and some appetizers like hummus or muttabal. Following this we move to the main dish that may be kibbeh (fried, raw, grilled and with yoghurt) or mahshi (stuffed zucchini, eggplant, and grape leaves) or molokhia (rice, meat, leaves of jute mallow) or one of the yoghurt dishes like shish barak (beef stuffed dough boiled in yogurt) and koussa blaban (zucchini stuffed with minced meat and rice, cooked with yogurt), of some type of fatteh such as makdous fatteh (recipe here). A Syrian Iftar is not complete without ending with fruits and sweets like qatayef asfiri, kunafa, and harissa.

And then in the late evening (after 21:00) cafes and restaurants overflow with entertainment programs such as competitions and games of backgammon, or listening to the storyteller accompanied by drinking bitter Arabic coffee and black tea with barazek (a biscuit dipped in roasted sesame) and perhaps to smoke a hookah. It all goes on through the night, until we reach the time of Suhur, an hour before sunrise, a second, usually light, meal that the fasting person eats. Most Syrian restaurants are full with groups of friends at 3:00, as if it were midday – the spirit of Damascus that does not sleep.

Christians and Muslims participate together in spreading love during this holy month, helping the needy, doing charitable works, and gathering family and friends at the dinner table. But they differ in the rituals of fasting. Although not obliged, Christians tend to refrain from eating or drinking on the streets during Ramadan out of respect for their Muslim brethren. I remember when I was in school, our Christian friends would go outside the class if they got thirsty so as not to tempt their Muslim friends who were fasting.

There’s indeed a tight bond between the two religions, as Muslims in Syria also celebrate Christmas with their Christian friends and more often than not, Muslims would visit Christians over the Christian holidays and Christians would do the same during Muslim ones. Of course, these visits are never with an empty hand and often contains sweets that are made specially for the occasion. 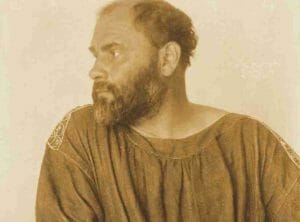 Book Review: Art Against the Odds 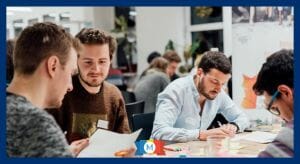