Austria’s new government, a coalition between the Austrian People’s Party (ÖVP) and the Austrian Green Party (Greens) was sworn in by Federal President Alexander Van der Bellen on January 7th, 2020. Austria’s public broadcaster, ORF, mistakenly subtitled their livestream of the event with the text from the telenovela Alisa – Folge deinem Herzen (Alisa – Follow Your Heart), much to the amusement of watchers and netizens.

Whether the new government ministers will live up to their promises remains to be seen. Let’s meet them.

This is the first Austrian government with more women (53.3%) than men serving), and 33-year-old Sebastian Kurz the youngest head of government in the world.

The Austrian press has had fun with the two “K”s in the current coalition, harking back to the days of rambling “kaiserlich und königlich” – Imperial and Royal – Habsburg monarchy.

Austria’s chancellor is the head of the government and normally, has no portfolio. However, this time, Sebastian Kurz also secured the Media agenda for the chancellery.

The Green Party chief led his party from the political wilderness back into parliament and straight into their first-ever federal government coalition.

Other than coordinating the government along with Kurz, Werner Kogler will also be responsible for Sports, the Civil Service, as well as Art and Culture.

The last portfolio also falls under the purview of Green veteran Ulrike Lunacek as State Secretary.

Continuity for the People’s Party

One of the closest confidants of Kurz, Gernot Blümel now has the key portfolio of Finance. He is also head of Vienna’s local chapter of the People’s Party, where new municipal elections are scheduled for this coming fall.

Whether and how Blümel will run in the Vienna elections, along side his ministerial office, remains to be seen.

The Vienna-born Karl Nehammer was one of Kurz’s key allies in revamping the ÖVP’s image and PR strategy.

Now member of the government for the first time, the incoming minister of the interior has his work cut out for him, with scandals surrounding the break into the BVT (Federal Office for the Protection of the Constitution), the Casino affair, the ongoing Ibiza investigations and other legacies of his predecessor, the FPÖ’s Herbert Kickl.

A native of Tyrol, Margarete Schramböck was the surprise choice for Kurz’s government in 2017 and is now reassuming leadership of the Ministry of Economics.

Former CEO of the telecom company A1, she wants to focus on education, science, research and digitalization.

Another minister returning to her previous role is Elisabeth Köstinger, one of Kurz’s closest confidants. In the previous Kurz government, the Carinthian was also responsible for the environment, an area now shifted to the Green Party’s Infrastructure Ministry.

New Ideas – and Faces – from the Greens

One of the Green Party heavy weights in this government, Leonore Gewessler is the former political director of the Austrian environmental NGO Global 2000.  From 2008 to 2014, Gewessler worked for the Green Europe Foundation in Brussels and is seen as a fixture in the European Greens.

Her “super ministry” will lead the efforts to combat climate change and drive the transition to renewable energy and sustainable growth.

Magnus Brunner comes to the government from the alternative energy company Ökostrom AG and is considered an expert on renewables.

In the new government, he’s been assigned to be the ÖVP’s man in the new Green-lead “super ministry” for the Environment, Energy and Infrastructure.

In 2017, Zadić joined the Liste JETZT when she joined the Parialment, before switching to the Green Party in 2019. Born in Tuzla, Bosnia & Herzegovina in 1984, Zadić came to Austria at age 10 as a refugee from the Yugoslav wars.

She is the first immigrant to be appointed leader of a government ministry.

The political veteran Rudolf Anschober made waves in 2019 by leading a successful campaign to allow refugee apprentices to stay in Austria for the duration of their apprenticeship. Part of his standing derives from his 12 years in a ÖVP-Green regional government in Upper Austria.

One of his biggest challenges as Social Minister will be re-organizing the care and nursing sector in a fair and sustainable way.

Ulrike Lunacek has stood with the Greens through thick and thin. Over the course of successful career as an MEP, she made it to the position of Vice-President of the European Parliament. Then, in 2017, she took over the thankless task of leading the Greens through a self-inflicted crisis, trying to avoid electoral disaster – ultimately unsuccessfully, when the party fell short of the 4% electoral threshold.

Lunacek has long been respected in Austria’s cultural circles and is expected to give special care to alternative sectors of arts and culture largely neglected by the previous government.

The New & the Independent Ones

Karoline Edstadler was Kurz’s public face in the ÖVP campaign for the European Parliament (EP) in 2019. (Othmar Karas, the ÖVP’s long-serving doyen in Brussels, is considered to be more of a Kurz critic).

Born in Salzburg, Edtstadler is now leaving the EP and coming back to Vienna as Minister for Europe on the national level.

The newly created Ministry for Integration will be headed by 35-year-old Susanne Raab, from Upper Austria, another Kurz confidant from his time as a foreign minister.

With years of experience in the field, she has helped shape measures like the ban on burqas and Austria’s new Islam law, regulating the organization, teaching and funding of Islamic communities in Austria.

The women’s program will also be a part of her portfolio.

Thirty-six-year-old Styrian entrepreneur Christine Aschbacher is the second relative newcomer in the cabinet, after a decade in the ministries of Finance and Economic Affairs.

Her goals: addressing the shortage of skilled workers and strengthening Austrian competitiveness and innovation.

For the first time, a woman, Lower Austrian Klaudia Tanner, has been appointed to lead the Defense Ministry. While hardly an enviable task – Austria’s military is chronically underfunded and stretched – Tanner comes with support from the ÖVP’s strong Lower Austrian branch.

She takes over following a dramatic plea about the dire situation of the Bundesheer interim Defense Minister Thomas Starlinger that went unanswered by politicians.

Her allies hope Tanner can bring these issues forward on the political agenda.

A career diplomat, Alexander Schallenberg is the only member of Brigitte Bierlein’s interim government who will stay in office.

The Upper Austrian-born lawyer, Schallenberg has no party affiliation, but has long worked with ÖVP cabinets and is said to be a close confidant of Kurz.

Heinz Faßmann, Minister for Education in the first Kurz cabinet, returns to his former portfolio on a ÖVP ticket.

An academic by education and profession, Faßmann was a dedicated public servant working to implement the government’s program, while reportedly frustrated by cutbacks to plans for intensive remedial German language classes in schools.

Whether the Green Party education goals will alter his course remains to be seen. 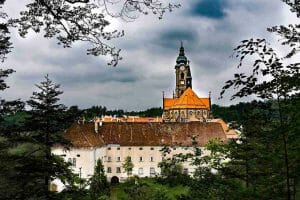 Could it Happen Here?