The Poles of Vienna

From community organizing and trekking through the Alps to conducting top-notch research, these individuals enrich our city every day.

“Once a month I like to make pierogi for our whole sports team,” says Kasia, her eyes twinkling. Born to Polish parents and raised in Melk, this Polish-Austrian student of English and history at the University of Vienna just radiates pure positivity, which rubs off on
her teammates.

However, she also remembers a time when immigrants were told to speak only German with their children. “So I ran for high school representative and started my speech in Polish. Everyone loved it,” she says proudly. It was a brave move that inspired other third culture kids to do the same. And it’s the same enthusiasm she will no doubt one day take into her own classroom.

Solvita Kalugina-Bulka is an optimist – which is probably not surprising with a name like Solvita, which means “a sunny life.” Born in Latvia, she moved to Poland at the age of 10. “That was challenging,” she says. “Moving to Vienna as a 20 year old – not so much!”
Tall, with a mane of wavy brown hair, Kalugina-Bulka does 10 things at once: working in corporate PR, writing articles about Polish events for the platform “POLpromotion” and since 2016, serving as an integration ambassador for Zusammen: Österreich.

“Active involvement in the Polish community is vital to me,” she says. Organizing the Congress of Polish Women in Austria allowed her to meet “other amazing ladies with a similar drive.”

Kalugina-Bulka also co-organizes the Polish Spring Ball each year in Palais Ferstel. She loves this event: “Here is where the Polish community really comes to life!” she says. Last year she staged a fashion show during the ball presenting elegant dresses to the enthusiastic crowd. She loved being a runway model! “Unfortunately the dress doesn’t fit me anymore, as I have lost over 30 kilograms in 6 months!” she pretends to complain. Most people have gained weight during the lockdown, but not Solvita!

She has become an advocate for a ketogenic diet that “ worked miracles for me!”
A passionate cook, Solvita actively promotes keto recipes on Instagram.

Vienna has never been her goal, yet Dominika Polak can no longer imagine living anywhere else. “A sea girl like me has even began falling in love with the mountains!” she laughed, putting on her white coat to show us around her lab. At the MedUni, she’s found everything she was looking for – colleagues from nearly every continent and joint success in her PhD, as she received the award as Researcher of the Month for the resulting publication on neutrophils. Currently, she is exploring mechanisms for immunotherapy: “It’s addictive,” she assures me. “You learn something new every day, connect with like-minded people and have a feeling that your research will help somebody in the future.”

Joanna Nowak – “Asia” to her friends – came to Vienna as an exchange student in 2002, where she met her now-husband. They are raising their two sons bilingually. “Giving them Polish roots is important to us. We want them to feel at home in both countries,” she says.

Nowak is an educator in a school for children with special needs, teaching dance and music. “I try to make the kids laugh every day.”

She is also a cultural mediator at the Mozarthaus, at Domgasse 5, in the 1st district, where she tells visitors of all ages fascinating stories about the great composer.

“Did you know that Wolferl played for Maria Theresia when he was only 6 years old? He jumped on the empress’ lap after the concert and gave her a big kiss!” she tells the wide-eyed children.

The children particularly appreciate Joanna’s mastery in creating the famous Mozartkugeln, the little balls of marzipan coated in a praline cream and warm bittersweet chocolate: “Creating these with kids makes me feel like a magician!”

After moving here from one of the flattest regions in Poland, it took two years for Szymon Sawicki to discover the Alps, although they were only a stone’s throw away. Never a hiker, he just tagged along with his girlfriend. Two years later, after losing all his pictures and already in love with hiking, Sawicki started a blog to document his mountain adventures – partly as a safe storage for the pictures to come, and partly to encourage fellow Poles to discover the beauty of the Austrian mountains. Today, even when his girlfriend might like to go somewhere else, he somehow finds himself magically drawn to the mountains.

After eight years in Vienna, Sawicki can’t seem to stop smiling. He feels “splendidly” here, he says, and not at all like a foreigner: “There is so much freedom and diversity, everyone can be a local.” 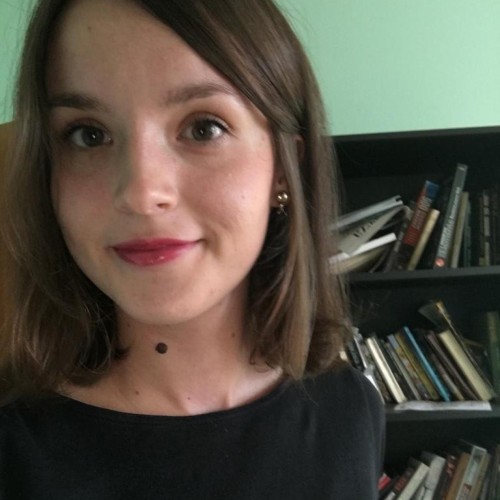 Magdalena Elisabeth Korecka
is a Polish-Austrian writer and student of Journalism and Communication Science (Publizistik) plus English and American Literature and Culture (Anglistik und Amerikanistik) at the University of Vienna. A native of Vienna, she enjoys writing poetry as magoomagisch, loves stand-up-paddling on the Alte Donau or taking a Sunday hike in the Vienna Woods with family and friends.
FeaturesHome is where the Herz isPeoplePolish in Vienna
Previous articleMETROPOLE Wins the Jean Monnet Prize 2020
Next articleWord of the Week: E-Card Urlaub [iːkɑːd ˈuːɐ̯ˌlaʊ̯p]