Mushroom hunters foraging in the woods of Sellrain in Tirol found a furred, decaying cadaver on Tuesday, July 30. The “wolf-like” animal had been killed by gunfire – and if DNA tests confirm that it really was a wolf, it will mean a criminal is on the loose: In Austria, it’s illegal to kill protected species, including wolves and bears.

Mountain areas have seen an uptick in recent livestock attacks – 20 sheep and a deer were killed in the Sellrain and Oberperfuss areas of Tyrol over the last few weeks. DNA tests proved that four of the sheep were killed by a wolf; results are still pending for the others. In June, three sheep and a deer were shown to have been killed by bears in the Tyrolean regions of Pitztal and Außerfern. In Carinthia, a wolf devoured three sheep in March.

The return of wolves and brown bears to the Alps – and the increasing attacks on pets and farm animals – have left people divided over the appropriate response, especially in Tyrol and neighboring South Tyrol, where farmers are requesting permission to hunt predators “guilty” of attacking livestock. But existing regulations forbid it.

European law “clearly prioritizes the protection of large, endangered predators,” the daily Der Standard says, citing the Bern Convention and the Habitats Directive of the EU – though Article 16 makes exceptions when “the security of humans is endangered or serious economic damage arises to livestock or other forms of property.”

Now some farmers are calling for action: “There can be no compromise,” declared Alberich Hofer, representative of the South Tyrolean Farmer’s Union (SBB) in the Tiroler Tageszeitung last March. “Bear and wolf have no place in our territory!” Officials in the Italian autonomous region agreed, ruling that counter-measures, including removal, can be decided on a local level.

The Austrian province of Tyrol, by contrast, rejected a request last week to shoot the offending predators. No bears or wolves had been caught on wildlife cameras in recent days, so there is “no acute danger that would justify a killing,” said Klaus Wallnöfer, chairman of the Division for Agricultural Education, Hunting and Fishing. The World Wildlife Federation (WWF) welcomed Tyrol’s decision. Instead, they say, better information and support should be given to the affected.

“Enough time has been wasted on inaction, scaremongering and the populist shoot-up fantasies of agricultural representatives,” said WWF expert Christian Pichler. “There is no way around deploying, as soon as possible, the electric fences that have already been procured. The excuse that they can’t be used in high Alpine landscapes has been disproved by successful efforts in Switzerland and by individual trailblazers in Austria.”

Bears and wolves and people – oh my!

Austria is not alone in worrying about its wildlife – almost every neighboring country has reportedly seen stocks increase thanks to environmental protection and repopulation efforts. In neighboring Slovenia, residents in the city of Ruzomberok have reported increasing bear sightings on the edge of town, including near a kindergarten, Der Standard reported last week. Last Friday, Mayor Igor Combor asked the environmental ministry in Bratislava for permission to shoot individual animals – he argues that only a few bears have lost their fear of humans, and that killing those individuals won’t harm overall stocks. There are reportedly some 1,200 bears living around the city.

Humans talk a big game when it comes to sharing the planet with its other rightful residents – it remains to be seen whether we can live up to our own expectations. 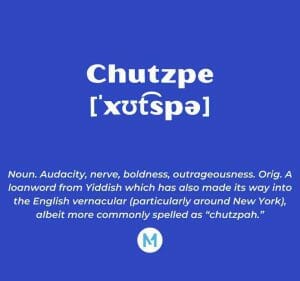 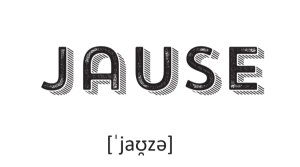 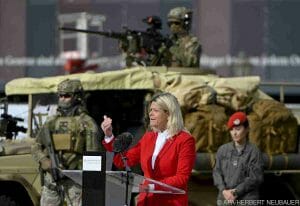 Military Parade on Heldenplatz to Be Held Virtually