On July 2, the Austrian Parliament passed a law enshrining the protection of drinking water resources in the Austrian constitution. Water privatization in Austria is thus henceforth unconstitutional.

Freedom Party politician Heinz-Christian Strache’s night in Ibiza unsettled Austrians of the Left and Right when they heard him on video promising a supposed Russian oligarch that he would privatize Austrian water, offering the business as a marketable commodity.  Austrians take the (cost-free) clear, running water in their taps for granted, considering it both a fundamental right and a part of their national identity.  So any threat to it is understandably a cause for uproar.

It is in this context that SPÖ chief Pamela Rendi-Wagner has taken on the protection of the water supply as a right to be enshrined in constitutional law: “Let us work together to ensure that our water does not fall into the hands of speculators and corporations, but is available to all Austrians, and that its top quality remains,” she told Der Standard.

After the question of natural rights, comes the question of the economics of the water supply. The problem is not whether people will pay for water – what choice do they have – but whether there is any benefit to making them do so. A look at the results of privatization elsewhere is instructional. Scandinavian countries have a long history of inclusion, which is applicable to water too – and it is no secret Norway has been a role-model of offering one of the highest living-standards with the happiest citizens, according to the Evolution Institute.

On the other hand, a year-long study by the International Consortium of Investigative Journalists found that most World Bank loans for water infrastructure in the last five years have required the conversion of public systems to private as a condition for the loans. The performance of these companies in both Europe and the developing world has been well documented: huge profits, higher prices for water, cut-offs to customers who cannot pay, little transparency, reduced water quality, bribery, and corruption. Privatizing water does not irrevocably lead to a disaster for the country, but it is by far the most frequent outcome.

As for Strache, who caused this national hue and cry by saying on film that the country needs a model of a monetized water supply – “where the state has an income and whoever operates [the business] also has an income” – now says that “drinking water privatization was never discussed” in Ibiza and that he has been always in favor of free water for all Austrians. 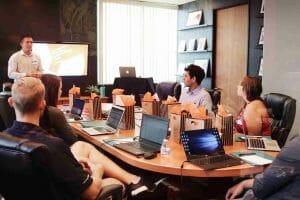 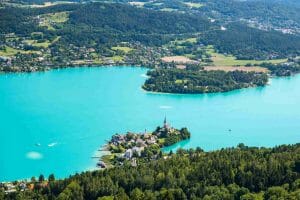