At the time, it felt like magic, suddenly out of nowhere, an interlude of street music and people watching, surrounded by the manicured grace of the park. Quintessential Vienna, before I had even crossed the Ring, I remember thinking, as I waited for the light to change to cross the Stubenbrücke and enter the park.

The Stadtpark was the first landmark I visited in Vienna. Not that I planned it that way; it just made a nice detour on my way to the 1st district from Wien Mitte.

I had not intended to go for a stroll that day, but a cheerful accordion player next to one of the lemur heads on the bridge suddenly struck up a vibrant Russian tune. It was the first piece of street music I’d heard in months and it seemed so otherworldly, like a memory of how life used to be like “before.” Almost one year into the coronavirus pandemic, we’ve gotten used to the silence in Vienna.

It was still very early spring and the only blossoms to be seen were on sale at the florist’s shop a bit down the road. The wind was biting and the sky a cold, cloudy blue; the chances of enjoying the sun were slim. Nonetheless, with due attention to social distancing rules, the park benches were all occupied – a businessman enjoying an elegantly-wrapped sandwich from Marco Simonis on his lunch break, two high school students sharing a meal out of a Billa bag, an older lady, perfectly coiffed and turned out in matching purse and shoes, holding her face to the sun trying to soak in the meager warmth, a cluster of women pushing strollers and chatting in Spanish.

As I walked on, past the barely greening meadow towards the pond, it dawned on me that Vienna’s pandemic social scene had relocated to the park. There was the excited coffee chatter of two French women: “Vraiment?”  “Oui, je te jure” – all in a rush, as if to make up for the months of lost time. There was a loud group of students studying together on the grass, although it was too early in the season and way too cold. A little further on, a group was doing yoga and again, I couldn’t help but imagine how uncomfortably cold they must feel. I didn’t need to cross the Stadtparksteg to know that the children’s playground would be packed – the cries and laughter and clatter left no room for doubt.

By the pond, the pale rays of the sun that filtered through the trees drew my attention to two old couples seated on adjacent benches, talking to each other. The park, so lovingly tended in the first timid cues of spring, was for many the best place to have a socially-distanced conversation in wait of better days.

Like the Kaffeehaus, the city parks have become the locals’ living room. There are no tourists in COVID times. Even the gilded statue of Johann Strauss II was largely ignored that day, left to his own imaginary tunes, as people stood in an orderly queue by the coffee cart. It might not have been the perfect Melange mit Schlag with a glass of water on the side, but visitors had brought newspapers, books, or perhaps a friend; a light of hope in their eyes, they would take in a deep breath of fresh air among the daily battering of bad news.

I paid my tribute to the day by ordering a cup of mediocre coffee to go and made my way back, taking in the buzz of the park as I responded to the smiles of a couple of passersby. It was the tone of longing for the days before the pandemic that the vibrant Russian tune had struck. I too missed the concert halls, the sports clubs, the coffee houses, the friendship. I missed hugging friends and family.

Still, there was hope that came with spring, with the mass testing and the vaccines. But we would also need time to heal the wounds the past year has inflicted. From that first visit, the Stadtpark for me had been a place of renewal. Today, though, it felt like the whole city had joined in.

Exiting the park by Stubentor station, I bought a colorful bouquet of spring flowers at the florist’s and gazed back at the four lemur heads by Franz West on the Stubenbrücke. The words he chose to accompany them are from Heraclitus, and seemed very fitting for the Stadtpark I’d just seen: “Denen, die in dieselben Flüsse steigen, fließen immer neue Wasser zu, und immer neue Seelen entsteigen dem Nass.“

“Even if you step into the same river, it will be new waters that ever flow across your feet. And a new spirit within you when you emerge from it.” 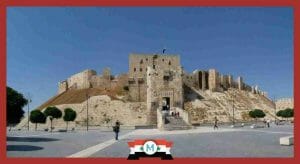 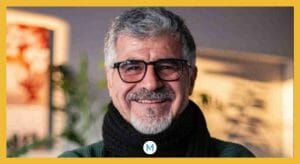 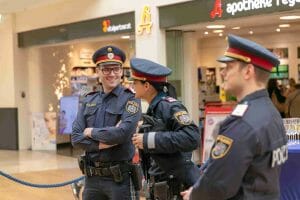