In Vienna, a tax fraud sting begins with an innocuous questionnaire, printed in German, English and several Slavic languages. In this polyglot city, bordering the former communist east, finance investigators approach waiters at lunchtime, construction workers in the afternoon, or bordello workers at midnight: Where do you come from? How are you paid? How many hours do you work? Questions determining whether employers or workers are shirking tax and social security responsibilities.

The completed questionnaires initiate complex legal processes against savvy opponents. Fraud is a game of cat and mouse – spotters with walkie-talkies on construction sites warn of impending raids. A successful operation ends with no one hurt. “You have no weapon, you do not know with whom you are confronted, and times are getting worse,” stated Herwig Heller, Chief of the Finance Police, based at the Federal Ministry of Finance (BMF). Current cases involve a protection racket in Vienna’s restaurant industry, and a hidden factory producing €4 million in counterfeit cigarettes intended for the U.K. “People try to intimidate with threats – I know where you live, where your child goes to school.”

Drugs in the danube

According to a University of Linz report by Prof. Friedrich Schneider on the estimated €1 trillion global shadow economy, economically stable Austria is “clean” compared with poorly taxed countries like Greece and Italy. Yet Austria is still somewhat of a grey zone for tax compliance, going back to when the city was heavily damaged in WWII and occupied for a decade afterward by Allied forces. “After [the war] people had lost all their money. Everything was worthless,” noted Dr. Otto Farny, head of the Tax Division at Vienna’s Chamber of Labor. “In this time, people put cash under their pillows.” Even in 2016, attempting to pay a bill of €400 with a credit card might be met with a shrugged “Nur Bar, bitte,” (only cash, please), and a scribbled receipt. “Austrians still prefer to pay cash. Such things last for a long time.”

Vienna had thriving black markets during and between the wars and after the fall of the Iron Curtain, particularly along the docks near Mexikoplatz. The undercover nature of a shadow economy makes it hard to measure, Heller admited, but “if you calculate the drug consumption in Vienna from a sample of the
Danube, it’s absolutely incredible. For the amount of the shadow economy in Vienna, we say, look into the grounds of my coffee.”

The 2015 Tax Reform Act, initiated in part by Heller and Farny, aimed to end both the cash economy, which facilitates social insurance fraud and social dumping, and Austria’s banking secrecy. “In some ways, we have said ‘enough’,” said Farny. “You need a printed receipt for -every transaction (Registrierkassen-pflicht). And the same for banking secrecy. We can look into your -account now.” The downside of fighting cash register fraud is a visible rise in food prices.

The question for EU governments is which of the three main areas of fraud affects political and social stability the most – black-market crime, common public fraud, or tax evasion by corporations and high-net-worth individuals (HNWIs).

For Dr. Farny, the answer is clear. “White-collar crime has the biggest impact on society. The black market in the narrowest sense, like cigarette smuggling, like drugs, is quite small in Austria. Tax fraud by managers is much bigger here.”

Austria loses €3 billion a year on VAT schemes that Heller says resemble using the tax office like an ATM. Farny’s 2016 report details how companies avoid tax via profit shifting through shell companies and tax havens, such as the infamous “Double Irish-Dutch Sandwich.”

“It’s not a just system. Google pays taxes in the U.S. but they don’t pay corporate tax [here] to finance our infrastructure,” he said. Countries weaken tax regulations for fear of losing business to less transparent nations. A proposal allowing EU companies to set up in 24 hours invites fraud. “Austria is a kind of facilitator between many countries,” confirms Heller. “We see many VAT carousel frauds, in which Austrian conduits receive and -deliver goods as a kind of hub.” In 1999, €2 billion vanished from the system, enough to have perhaps financed the neighboring Yugoslav War.

Austria’s banking overseer, the FMA (Finanzmarktaufsicht) is mostly -financed by its member banks. The result: Twelve Austrian banks were involved in the Telecom Italia money laundering scandal. “If you mix illegal with legal business, then it’s harder to investigate,” shrugged Heller. “Criminals previously earned money by smuggling but then realized, ‘I can make more money with VAT fraud, and the penalties are much lower’.” Heller was part of a joint Interpol operation that exposed yachts worth over €100 million in EU waters, most not paying VAT.

“On the one hand it’s a sport, on the other pure greed. ‘You paid taxes for a yacht? Not me!’ The attitude ‘I’m proud to pay no taxes’ is like Trump, for example. So it’s very difficult for morale. But if you deal with such a guy, he comes with ten tax advisors, paying each €20,000 a month. Perfect construction. It’s like these Russian Matruschka dolls, if you open one, there’s the next.”

There are always shades of grey where fraud is concerned. An endless war on terrorism, and a possible expansion of a nuclear arms race, must be paid for by someone. But harsh austerity measures affect the most vulnerable, while those at the top end cut the deals. One could call this “trickle-up” economics.

“Tax fraud affects society very much,” said Farny. “If people don’t pay taxes, and you can’t employ young people in public programs, then you will have a revolution.”

Vienna has a degree of laissez-faire that acknowledges some fraud as an expected result of recession. But controlling the general public is easier than bringing down businessmen and politicians involved in questionable weapons dealing. But even with strong evidence it is an uphill fight, notes Heller. “In the newspapers, you read about long-lasting cases, such as against [Karl-Heinz] Grasser, the former Austrian finance minister, or the Hypo Alpe Adria case, gathering evidence from Switzerland, Liechtenstein etc. After eight years, there’s still just a 50/50 chance before the court if you don’t have a smoking gun.”

The new Austrian laws have brought in just 10% of an expected €900 million from cash register fraud, according to Prof. Schneider in Linz. Tax losses equal 98% of global GDP and nearly 55% of health spending for 145 countries. No one wants to be the taxman. A University of Vienna poll revealed 85% of the Austrian public would not approve of incarceration for tax fraud below €5,000.

But “it depends on how you ask the question,” countered Heller. “I am sure if you ask people on the street – [remember] Austrians earn on average €60K a year – would you send a guy to prison who commits €100,000 tax fraud, more than you earn in one year? I think 85% would say yes.”

Digital detection and social media -enabled the Panama and Liechtenstein leaks to bring down presidents, and will aid states to refill coffers emptied often by the very ones who lead us.

“The question of the proper and fair taxation of these global players is … -assuming international priority.” Farny’s report concludes, “All the more so, as precisely in periods of crisis it should be recognized that contributions from these financially strong and powerful social groups can no longer be dispensed with.”

To the tenacious taxman, there is no such thing as a victimless crime. 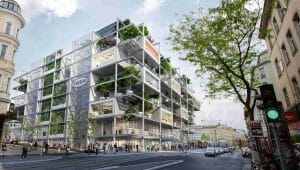 Ikea Is Coming to Town 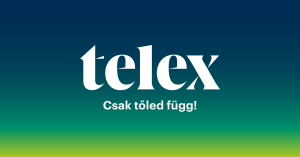