The flyer for Women Artists of the Wiener Werkstätte depicts a black-and-white photograph from 1924 showing five women lounging in front of wallpaper designs, their short hair styles, sly smiles and perfect poise making them look proud and confident. They are the Wiener Werkstätte (WW) artists Charlotte Billwiller, Mathilde Flögl, Susi Singer, Marianne Leisching and Maria Likarz. If you haven’t heard of them yet, you are certainly in for a treat.

After many years of research, including the public appeal “Who Knows the Women Artists of the Wiener Werkstätte” launched in 2019, the MAK (Museum of Applied Arts) has set out to prove that, contrary to popular belief, women played a major part in the iconic design collective. The resulting exhibition is a long-overdue re-evaluation of Austrian art history; as visitors pass by its neon pink sign at the entry, all of Vienna sinks in a deep curtsy.

Founded in 1903 by artist Koloman Moser, architect Josef Hoffmann and Fritz Waerndorfer, an industrial magnate and their first patron, the WW’s vision was to create a total work of art (Gesamtkunstwerk) and “aestheticize all aspects of life, from clothing to tableware to furniture to architecture.” Mainly financed by patrons like Waerndorfer and the wealthy clientele that bought their works, the WW dabbled in all areas of applied arts including textile design, fashion, interior decoration, commercial graphic design, toys and ceramics. Despite (or maybe because of) aggressive expansion all over Europe and New York, the WW went bankrupt in 1932. Needless to say, so did most of its financiers.

And while Moser and Hoffmann remain the most prominent members, the MAK shows there were many more involved.

The first room welcomes visitors with some highlights, like Rose Krenn’s cigar cabinet (1912) and its masterful use of brass and precious woods; its novel, expressive forms made an instant and timeless masterpiece. The impressive number and variety of postcards on display, which were also used to advertise WW products, are a promise of what is to come, depicting everyday scenes, fashion, holiday greetings, sights and landscapes. ninety percent of all WW postcardswere designed by women like Adalberta Kiessewetter, Mela Koehler, Maria Likarz, Elena Luksch-Makowsky and Susi Singer.

Using corrugated iron sheets and WW wallpapers, the exhibition is divided into 10 rooms and two corridors. Walking through sometimes feels like visiting the Viennese apartment of elderly, distant relatives with exquisite taste in art and design. Largely chronological in sequence, most rooms are dedicated to themes such as fashion, toys or ceramics.

That there were women artists at the time at all is largely thanks to the adjacent Universität für Angewandte Kunst (University of Applied Art): Founded in 1867, it was the first Austrian academy that accepted women right from the start, primarily due to high demand for new talent in the creative industries and the rising number of middle-class women seeking a living.

Hoffmann and Moser were appointed professors there, gaining access to the best creative minds of their time, training and forming them as they saw fit – drawing some criticism even then.

To encourage their protegés, Hoffmann and fellow WW artist Dagobert Peche founded the so-called Künstlerwerkstätte (artists’ workshop) in 1916, where all materials and tools were available free of charge with no demands; mostly women artists were encouraged to experiment and develop new ideas, although full credit was – and still is – outstanding.

Following social upheaval and World War I, the role of women changed irrevocably, and a new generation embraced freedom and independence, in life and in art. The glazed ceramic The Recumbent Nude (1928) by Vally Wieselthier, for example, celebrates the female body by portraying a very confident red-haired woman whose expectant gaze would probably make Manet’s nude Olympia blush.

It’s just one sample of a ceramics department that made expressionist tiles, dishes, lamp bases, vases, centerpieces, decorative items, stoves and fireplace casings, inspired by folk art and children’s drawings. With its vibrant colors and details, the ceramic Carousel (1919) by Kitty Rix is an outstanding example – not only is each figure characterized by its face, hairstyle, posture and clothing, but they also get to ride fantastic beasts with playful, imaginative fur patterns.

Likewise, the WW textile department was dominated by women and spanned fabric design, lace, embroidery and trimmings. Silk was mostly used in fashion; cotton and linen were the preference for pillows, cushions and interior design. Patterns ranged from rather subdued Jugendstil motifs to art deco and abstract, geometric forms in explosive colors. Shown throughout the exhibit, the incredulous number of fabric patterns is even more impressive given their complex production – according to the catalog, each color required its own pattern block.

The wide product range of the WW, which included women and children’s clothes and accessories, also mirrored the breadth of styles of the women who created them. There are tiny hats for official occasions, beaded drawstring bags and ankle-length, buttoned-up, white lace dresses for the wives and daughters of respectable families. The WW fabric Leaves (1910) by Martha Alber was even immortalized in Portrait of Johanna Staude (1917/18) by Gustav Klimt. On theother hand, some garments are so progressive that it’s easy to imagine seeing several of the brightly colored and loose-fitting dresses worn at post-COVID parties.

The WW participated in exhibitions right from the start, including the major Viennese fashion exhibition in 1915/16 and the Werkbund show in 1930, with female members also taking part in Wiener Frauenkunst exhibitions (Viennese Women’s Art). In 1910, the Austrian Association of Women Artists was founded, givingthem their own interest group.

As a result, the press coverage of their work and influence was remarkable, their names mentioned alongside their now legendary male contemporaries. But with exposure came scrutiny – women in the WW faced much criticism, contempt and rejection. Part of it was targeted at WW aesthetics and products in general,which were dismissed as superfluous and impractical, but the fact that women worked independently and competitively was a point of contention to some. The WW was, at times, denounced as Weiberkunstgewerbe (“broads’ applied art”) and women artists’ contributions dismissed as “scandalous bimbo business.” Either way, the WW’s bankruptcy in 1932 and the chaos of fascism and war sealed their fate, condemning these women and their artistic achievements to obscurity while household names like Moser and Hoffmann survived.

At the end, visitors are seen off by the large ceramic Nike (before 1934) by Herta Bucher throning on a very high pedestal. Near the feet of the winged victory goddess, the names of all (known) women artists of the WW are inscribed on the wall in alphabetical order. According to the catalog, 178 have been identified so far, with biographical details available for 127 of them; the rest are yet to be filled in.

Many exhibitions in the recent past have honored the achievements of women artists, but recognition can only be the beginning. Looking in the rearview mirror of Austria’s art history must be followed by punching the accelerator of change. Instead of a post-mortem curtsy, both past and future women artists deserve a firm handshake on eye level.

Wonder Woman is not about the costume – costumes change over time, attitude and responsibility do and must not. 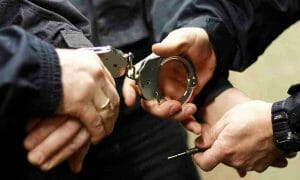 A Drink with Julian Wiehl, Editor-in-Chief of Vangardist Magazine 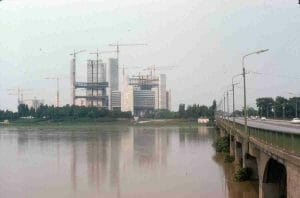