In the latest twist to one of the Europe’s most brazen corporate accounting scandals since the Second World War, two Austrians have been taken into custody by Vienna police, for aiding and abetting the escape of disgraced Wirecard director and former chief operating officer Jan Marsalek.

With the insolvency of the German financial services company in June, 2020, former FPÖ parliamentarian Thomas Schellenbacher hired two pilots to fly the Vienna-born Marsalek from Bad Vöslau to Minsk in Belarus – which has no extradition treaty with the EU – three days before a Munich court issued a warrant for his arrest.

However, investigators place even more responsibility at the feet of a former head of the Information and Investigations Unit of the BVT, the Bundesamt für Verfassungsschutz und Terrorismusbekämpfung (Federal Office for the Protection of the Constitution and Counterterrorism), according to the Austrian daily Der Standard. He is referred to only by the initials M.W., as Austrian media conventions protect the rights of the accused; this protection does not extend to Schallenbacher, who is already convicted on other counts.

Until its demise, Wirecard had been the darling of the German financial technology sector, built from a startup by Austrian entrepreneur Markus Braun, and whose meteoric success, according to the Financial Times, may have led national regulators to overlook the creative accounting that had haunted it from the beginning. In June 2020, the company revealed that it was missing €1.9 billion in cash, and reported escrow accounts with two banks in the Philippines didn’t in fact exist. Braun has since been arrested, and charges filed against two board members and several executives. The company is going through a managed dissolution, with its European business sold in November to the Santander Bank for €100 million (FT).

Ties to Ibiza and BVT raid

The arrests have also made public ties to two other explosive scandals of recent years, the Ibiza Affair of May 2019, and the raid of the offices of the BVT the previous year. M.W. is thought to be the author of a memorandum circulated in 2017 making damaging claims – later proved baseless – against respected BVT security staffers, which became the pretext for the raid that courts later determined had been illegal.

M.W. and Marsalek were already established as the pathway for security breaches through the Austro-Russian Friendship Society in Vienna and facilitated by FPÖ politician Johann Gudenus – a role revealed most dramatically in the Ibiza video with party leader and vice chancellor Heinz-Christian Strache offering state assets in exchange for support from the niece of a supposed Ukrainian oligarch. In exchange for information, large amounts of money flowed into the coffers of the FPÖ, in one case in exchange for ensuring Schellenbacher’s parliamentary seat.

Marsalek, who is bi-lingual (German & French) and, according to Der Standard, holds eight passports, remains in hiding. According to the German newspaper Handelsblatt, he is believed to have left Minsk for Russia, where he is living under state protection west of Moscow. An international warrant is out for his arrest on charges of market manipulation, commercial cartel fraud, severe breach of fiduciary responsibility, and accounting fraud, among other financial and property crimes. 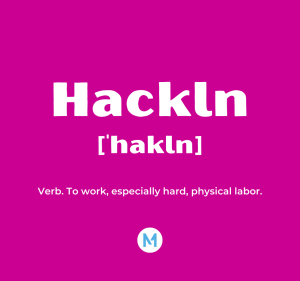