With countless books and manuscripts collected over centuries, Vienna has a lot to offer bookworms.

There can be magic in a library: illuminated by the suffused glow of shaded lamps, entire walls of infinite shelves full of books clear up to the frescoed ceiling, paneled balconies joined together by spiral stairs that might lead you to a collection of tiny poetry volumes decorated with golden letters. Vienna is a booklover’s paradise, where you read through the novellas of Arthur Schnitzler or hold an 18th-century manuscript in your own hands. Perhaps you want to understand the layout of Vienna’s streets before the Ring was built or find a graded reader to practice your Italian.

All this is possible, and not only for German speakers. For the archives, you’ll have to wear white gloves and prove some scholarly credentials, but Vienna offers an enormous heritage of books preserved in magnificent historic buildings – all for the asking, all for a nominal fee.

The Österreichische Nationalbibliothek (Austrian National Library), once the court library of the Habsburgs with volumes collected from across the Empire, is one of the most important collections in the world. The vast modern sections are located in the Hofburg at Heldenplatz and entered from the Burggarten. The collection includes more than 712,000 publications in English (some 284,000 books and 36,000 newspapers and magazines) and other foreign languages, available for a membership of just €30 a year.

“Through a massive work of digitalization of its archives, the Austrian National Library is the trailblazer of modernization in the field,” says Director General Johanna Rachinger, citing more than 350 English-language databases, 500 English-language journals and the ANNO (Austrian Newspapers Online). Members can also use the Augustiner reading room to consult material from before 1850 and enjoy the atmosphere: in the same building as the Prunksaal (the Grand Reading Room, today largely serving as a museum), green table lamps beckon under ornamental ceiling paintings commissioned by Empress Maria Teresa and completed in 1773. The Wienbibliothek im Rathaus is also quite exceptional, much smaller, and far more specialized. To get there, you pass under neo-Gothic arches and walk over tiled floors, through courtyards which transport you to Oxford – or even Hogwarts. But this is a place for real devotees: “We collect everything about Vienna, including Metropole,” says director Sylvia Mattl-Wurm, “and we are a scientific [i.e. scholarly, ed.] research library.”

Sitting at one of their modern desks with the high steeples of the Votivkirche visible through the window, you can order books and manuscripts online and after a short wait, consult handwritten scores by Johann Strauss or old letters from Stefan Zweig and Sigmund Freud, sift through old literary estates and view concert posters of Falco from the 1980s.

Because of recent scholarly interest in Vienna from the U.S. and U.K, the library keeps material in English and in other foreign languages, including numerous travel guides for newcomers who need somewhere to start. There are also plenty of English-language magazines, available next to a line of small drawers that still contain the index cards previously used to organize the collection.

A System for Everyone

The Vienna City Library’s main branch is located above the U6 station Burggasse-Stadthalle, and is an oasis of culture and learning. But not only: it’s also a meeting place for people coming from all over the world and from every socio-economic situation. It’s a place to learn German during organized conversation classes, or stay connected with your roots through books in foreign languages and readings with visiting and emigré writers.

I met the Director Christian Jahl after climbing the broad staircase up to the entrance (Don’t worry! There are also elevators and escalators). Instead of the elegant and exclusive office I expected, he guided me through the two bright and expansive floors filled with books and media, clearly passionate about the collections and proud of the role the library plays in the city’s cultural life.

The Büchereien Wien (Vienna Public Libraries) has 40 branches spread all around the city, including the Children’s Library of World Languages which boasts children’s literature from more than 40 countries. Indeed, many of the patrons of Büchereien Wien are young, with the 52% of the visitors aged between 11 and 30.

The main branch has the largest selection, which includes books, CDs, magazines, newspapers and DVDs in many languages. Unlike other collections in the city, which focus on academic research, the Büchereien Wien is open for everyone, and more than 1,000 refugees registered as users in 2016 alone. It seeks to stay up to date with contemporary media, with 35,000 objects added every year and many older items weeded out. All in all, the catalogue is completely renewed every 12 years.

The offerings are enormous even online: linked to the library’s wifi, Austria Kiosk and Press Display offer Austrian publications and more than 3,000 international papers. The only problem is deciding where to begin.[/vc_column_text][/vc_column] 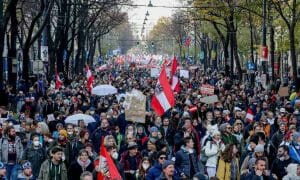 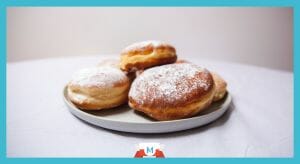 7 Polish Delicacies You Must Try