Vienna has voted – and voters have sent a clear message.

The current restults are based on 100% of counted ballots that were cast on Sunday and almost all counted postal votes, including those of EU citizens (for district councils).

Here are the vote shares and changes, compared to the last Vienna municipal elections in 2015:

Here are the vote shares of smaller parties that ran for the first time in this election but will probably not be represented in the City Council due to not reaching the threshold of 5%:

Taken together, almost 10% of all valid votes cast went to parties that will not sit in the municipal council, the highest share ever. That also means that the SPÖ with approximately 42% of the vote will almost, but not quite, have the absolute majority of mandates in the new city council. Voter turnout stands at 62.7% of eligible voters, one of the lowest in recent decades.

Another 500,000-odd Viennese in voting age – about 30% of the population – were not eligible to vote for the municipal council due to not having the Austrian citizenship. Approximately 230,000 EU citizens living in the city could cast a vote for their district representations (Bezirksrat); another 260,000 third-country nationals had no opportunity to vote at all.

Of those 230,000 non-Austrian EU citizens able to vote for their district representation, about a fifth (20.4%) went to the polls. They voted overwhelmingly for the Greens, who also ran a campaign with outreach in various EU languages before the vote. Here’s how the approximately 46,000 EU citizens in Vienna who took part in the elections voted:

The initial projection for the final results were calculated by the SORA Institute and published by Austria’s public broadcaster ORF. The confidence interval (margin of error) compared to the expected final result is now +/-1.4%.

These vote share translate to the following seat distribution in the 100-seat municipal council:

The young Viennese voted substantially differently than their elders – more than 70% of voters younger than 30 chose the SPÖ (34%), the Greens (27%) or the NEOS (7%). Only 7% chose the ÖVP, just 5% the FPÖ and only 4% the list H.C. Strache. Interestingly, fully 12% of young voters opted for one of the smaller parties that didn’t make it into the municipal council.

Looking at Vienna’s Wahlsprengel (voting precincts), the dominance of the Social-Democratic SPÖ (in red) is clear to see. In some precincts in the inner districts, the Greens are the strongest party, while the Inner City and some of the wealthy districts to the west, north and south have the ÖVP in first place.

The election restults represent a triumph of the ruling Social-Democratic SPÖ of Mayor Michael Ludwig. With a projected vote share of 42.2% and increase of +2.6% to the election five years ago, Ludwig and the SPÖ can pick their coalition partner.

The Conservative ÖVP, coming in second with 18.8% and a plus of +9.6%, can celebrate almost doubling their vote share. However, to put this increase into context, it comes after the ÖVP’s worst-ever result in Vienna in 2015 and is built both on Chancellor Sebastian Kurz’s popularity and the implosion of the FPÖ, with many right-of-center votes up for grabs.

The Greens are projected to take 14.0% of the vote, a healthy plus of +2.2%. They benefitted from left-of-center voters gravitating back to them since 2015, when the specter of a strong FPÖ with H.C. Strache as contender for the mayoral position drove many of their potential voters to vote for the Social Democrats. The Greens have already declared themselves open to continue the red-green city coalition that has ruled Vienna since 2010.

The NEOS could build on their previous result in 2015 and added +1.7% to a projected total of 7.8%. Focusing on concrete policy ideas in the election campaign, the NEOS declared themselves ready to govern in a coalition with Mayor Michael Ludwig, if the SPÖ should choose to explore such an option.

The right-wing FPÖ is currently projected to take 7.7% of the vote, losing more than three quarters of their voters since the last elections and facing a minus of -23.1%. The Ibiza scandal, the implosion of the center-right government as well as the fact that their former chairman H.C. Strache ran on a separate list reduced the FPÖ’s vote share in this election to the hard core.

As the counting of mail-in ballots slowly concludes, the SPÖ is emerging as the winner in the fight for “swing district” dominance. After losing Simmering to the FPÖ in 2015 by a narrow margin of just 401 votes, the Social Democrats have retaken the district with a 12% lead; they also took the 2nd district (Leopoldstadt) back from the Green party after losing it in 2015.

The other notable change of hands happened in Josefstadt, where the Greens reclaimed the top spot from the ÖVP after losing the district in 2015; however the party also lost Leopoldstadt. In addition, the left-leaning environmentalist party retained their longstanding dominance of Neubau by taking 41.2% and also held Währing by garnering 36.04% of the vote – a staggering 8% increase.

This leaves the ÖVP with only three districts – the Inner City, Hietzing and Döbling, where they won with 40.52%, 41.2% and 34.33%, respectively. The losses the FPÖ has sustained since the Ibiza scandal are mirrored in their district results, substantially losing ground in each districts and losing their sole district head.

The List H.C. Strache garnered 3.6% according to current projections, falling short of the necessary 5% to enter the municipal council. This is likely to put a stop to the former vice-chancellor and former FPÖ chairman’s aspirations of a political project independent from his former party.

The united left-wing list LINKS might get up to 2.0% of the vote; not enough for entering the city council but definitely a big success for a small party that was only formed recently in this form to run in the elections.

The BIER party, a satire party with its only program point – free beer for all – in the name could probably get 2.0% of the vote. Perhaps a nod to Austrians’ desire for some more prosting after the hard corona times?

The SÖZ party, a list focused on topics of inclusion, migration and multicultural communities in Vienna, also ran for the first time in these elections and are project to take a respectable 1.6%.

Other parties, including local lists and the pan-European VOLT party that ran in some districts on the district level as well as on the city level, could together garner about 0.1% of the vote. 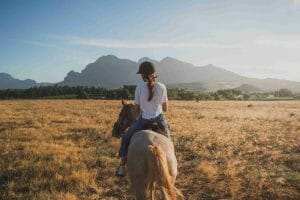 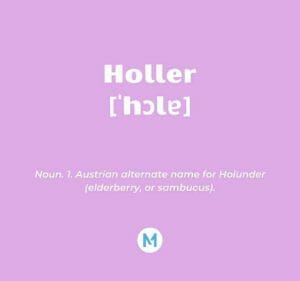 Word of the Week: Holler [ˈhɔlɐ]