The May 31 climate marches in Vienna are leading to sweeping policy debates – but not exactly those intended. Thanks to uploaded videos of officers striking activists in the course of arrests, the demonstrations instead have kindled a debate over police brutality, culminating in opposition-led parliamentary inquiries and a follow-up protest on June 6. This time, the topic was the police itself, with some 1,500 marchers calling for “system change not climate change,” as reported the daily Die Presse, and handing flowers to on-duty officers.

Part of the FridaysForFuture campaign for international action on climate change, the demonstration attracted thousands in Vienna. Tensions arose among a group of a hundred people who blocked  Vienna’s Ringstrasse for a separate anti-SUV protest, “Ende Geländewagen”. When they refused to move, reports say, police began making arrests – nearly 100 people in total, some of whom resisted.

In two of these cases, police were filmed using what appears to be excessive force, which Twitter users condemned as “mock executions” or even “torture.” An avalanche of media reports followed. The Social Democrats, Liste Jetzt and NEOS parties have now all called for consequences, the daily Der Standard reported, while the far-right Freedom Party has condemned the criticism as “disturbing police bashing.”

The first arrest, filmed from various angles, shows an activist pinned face down on the ground by two officers, his head between the wheels of a police van – which suddenly lurches forward. Police lift the man to safety in the last possible second, amid screams from onlookers. Video footage of a second arrest shows another protestor, again cheek-to-sidewalk, this time held by four officers. One officer starts pummeling him in the back and around the head. Someone – it’s not clear who – yells: “In the kidneys! In the kidneys!” Both videos swept across social media and dominated TV news.

Organizers of the “Ende Geländewagen” demonstration see structural forces at play. “This… was not an isolated incident,” they wrote on their Facebook page. “Police violence has a system and will continue to be employed in order slow down the transformation to a climate-fair society.”

The police response did little to quell the public outrage: “The in part absurd accusations against the Vienna Police coursing through diverse social networks are denied in the sharpest terms,” an early statement said. Media coverage was “biased” – and their union agreed. “It is incomprehensible and unreasonable that the police face wholesale representation as violent,” said representatives of the Police Union said, according to Austrian faily Der Standard, adding that police provide security “despite a lack of personnel and often poor working conditions.”

Later, faced with new footage and repeated media inquiries, a second statement was released, the German weekly Der Spiegel reported: “Another video of the scene [with the police van] … does in fact show a dangerous situation,” the statement said. “Independently of the initial criminal investigation, this case will be used to evaluate operational procedures and training.”

Independent observers took a dimmer view. Manfred Nowak, a human rights lawyer, advocate and former UN Special Representation on Torture from 2004 to 2010, told Austrian daily Die Presse he found the videos inconclusive, but repeated the call for an independent authority to be established to investigate such cases. The police practice of closing ranks he called “unhelpful,” undermining trust in the force as a whole.

Indeed, statistics published by ALES (Austrian Centre for Law Enforcement Sciences) in late 2018 were cited in two parliamentary inquiries prompted by recent events. “Only 7 out of 1,518 cases of alleged attacks led to official complaints, and none led to a conviction,” wrote MP Dr. Alma Zadic (JETZT), while ten percent of cases triggered defamation procedures against complainants. 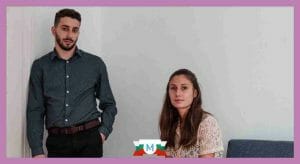 Being Bulgarian in Vienna 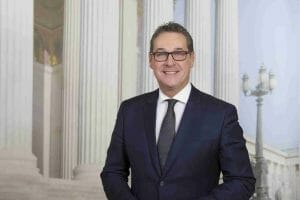 The Fall of Heinz-Christian Strache