The Expat City Ranking 2019 of the world’s unfriendliest cities is out and Vienna is once again at the helm. The poll of 20, 0000, conducted by expat platform Internations placed Paris and Kuwait City first, with Vienna coming in third, an “improvement” compared to 2017, when it placed first.

The following article was originally published on November 30, 2017.

The tone of many of the tabloids like Heute and OE24 was dismissive, à la “we all knew the Viennese were this way, now here’s some proof.” Some even celebrated it, going from coffee house to coffee house to ask unfriendly waiters what they thought of the results.

The press spokesperson from Internations, based in Munich, said it represented a “wake up call.” She obviously knows nothing about Vienna.

So, expats think the Viennese are unfriendly? The majority of the 92 Internations members they asked about Vienna do. And, meager sample group or not, they may have a point. It’s pure speculation, but these headlines may have contributed to Vienna’s losing the bid to become the new home of the European Medicines Agency (EMA), or the European Banking Authority (EBA).

Complaining about things may be an old Viennese tradition, but that needn’t be the way we’re seen worldwide. Vienna, let’s change these numbers! Metropole is here to help expats and support them making friends. In turn, the Viennese need to pick something else to be proud of. Your sense of humor, your delicious food, your Gemütlichkeit, there’s plenty to choose from.

It’s not just a matter of pride, it’s foreign relations. If you keep “disgruntled” as your prime attribute, you can’t be surprised if no one wants to join you. 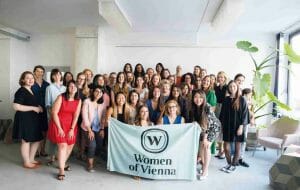