It is rare in film that a prop achieves the stature of player – Rosebud in Citizen Kane, perhaps, or the Maltese Falcon, or maybe the chess pieces in the Thomas Crown Affair, or the clay pot on the wheel in Ghost. But this is clearly the case with the spacecraft in Independence Day: Resurgence, the visual brain child of the Viennese architecture and entertainment studio Wideshot Design. It was one of those chance opportunities, the perfect meeting of talent and timing that marked the beginning of something new.

From Aliens to Apocalypse

Already an established art director, Wideshot’s CEO Johannes Mücke got a call from a friend whose brother needed a cartoon sequence for a film. “He had already tried several people,” remembers Wideshot partner Oliver Bertram, “but no one could really deliver what they were looking for.“ The brother turned out to be producer Harald Kloser, teamed up with famous Hollywood director Roland Emmerich. The film was the 2009 apocalyptic blockbuster 2012.

Mücke set to work and soon produced the needed sequence. The contribution sparked a series of collaborations, among the most recognizable probably the design for the aliens and the spaceships in the sequel Independence Day: Resurgence. “These guys are incredible,” Emmerich gushes in a testimonial on the company’s website. “Johannes Mücke is the unsung hero of the movie.” The experience has only made Bertram and Mücke hungry for more. “We want to be more involved in the film business,” Bertram explains, “we’re not a key player yet, but we’re working on it.” The company is now producing a short science fiction movie to submit to various film festivals. The goal is not to launch their own film studio. Rather, says Bertram, “it’s a way of showing what we’re capable of, to take up a more prominent role in European film.”

Wideshot Design works in three areas: Wideshot Entertainment, Wideshot Design and Wideshot Civil Engineering. One week, they might be working as architects on the design of an office space, the next on a spaceship for a Roland Emmerich movie, the next on a theme park. This last was, in fact, the way they met at the University of Applied Arts Vienna, where Mücke was taking a master class with architect Greg Lynn, for whom Bertram was working as assistant. Someone was looking for designers for a spaceship attraction at the theme park Sensapolis near Stuttgart. Bertram and Mücke completed the first concept within a week, and after three months the Second Solar Spaceship was ready for young visitors to board.

Today, the company has over 20 employees, its architectural design, interior design, entertainment and interactive design attracting customers like BMW, Sony Entertainment Network, 20th Century Fox, Bank Austria and, most recently, Europa-Park. Here, the creative minds of Wideshot Design are part of a team creating a roller coaster ride that works with virtual reality technology. “It’s pioneering work, something completely new,” says Bertram, proudly. “And it does satisfy a certain curiosity!”

Curiosity may in fact be the key quality for working at Wideshot Design, and the sheer pleasure of setting one’s wits to a new challenge. Like the restaurant in Shanghai, whose owner wanted an interior reminiscent of German romanticism. Or the conference rooms of the telecommunications company Kapsch AG, which are all designed according to a different theme. In one room you feel like you’re at the Baltic Sea, the next one is inspired by the wilderness of British Columbia, a third mirrors the Finnish woodlands. “We want to provide experiences,” Bertram explains. The object and its story should be the center of attention.

Rather than following traditional lines of design, they approach an idea through connecting entertainment with architecture, finding the style that suits the story they want to tell. The goal: To show a situation within its entirety, to provide the viewer with the tools to connect the dots. When they achieve this, it becomes a true “wideshot,” establishing the scene unfolding in its whole.

The process at Wideshot has become more or less standard: First, the story is established and mapped out. But nothing ever stays in two dimensions. Every object takes up space within its environment. So the perspective it provides has to be examined from different angles, both the human view and the camera’s. The object is then ready to be designed. The time required can vary. For Independence Day: Resurgence, the process from first design to final product lasted about three years. “There are phases where you have to produce a ton of good designs on a short deadline and others where nothing much happens for several weeks.”

So why base a company like Wideshot Design in Vienna? Why not relocate to Los Angeles? Or Berlin or London? Because there the industry is deadlocked. In those cities, they would be “one in a thousand.” In Vienna, Wideshot Design is unique. “We wouldn’t have the opportunities we have here,” Bertram says – the connections at the University of Applied Arts Vienna and “a great ecosystem” among the universities. “There are so many talented people here,” he says. 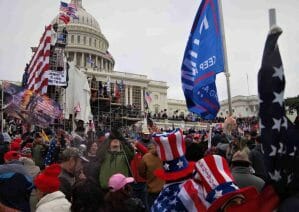 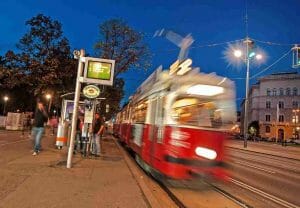