With animal welfare and sustainability the watchwords of the day and vegan eateries sprouting like portobello mushrooms in urban areas worldwide, it was only a matter of time: Next-generation fast food, which the owners of the local startup Tolstoy are calling, “fast gourmet.” Launched in fall 2020, their ambition is to do it all: a healthy, delicious, environmentally responsible, cruelty-free, all-vegan menu created by award-winning chefs, served up quickly and conveniently, all with a proprietary data management system to maximize efficiency, keeping overhead low and prices reasonable.

Choosing the pioneering vegetarian (and arguably greatest novelist of all time) as their standard-bearer, Tolstoy’s owners plan to expand the franchise, hoping to add 10 locations across the Germansphere and Scandinavia next year.

But for now, their sole location resides at the east end of the Naschmarkt at the Bärenmühlen passage, a five-table restaurant supplemented by takeout and online orders, with a large vending machine selling vegan sundries from oat milk to tabasco outside. Flanked by a cheapo Kebab place to its left and across from the aggressively carnivorous burger joint Rinderwahn, it’s an oasis of calm with its soothing peach-and-pistachio interior.  But stuffy it is not, under a neon sign displaying the quintessentially ’90s slogan, “Don’t have a cow,” and a cartoon of their namesake with leaves in his flowing beard staring down like Colonel Sanders on granola. Showing their commitment to transparency (anyone can look up their sales stats on their website), their spotless kitchen is visible through a window from the street.

Ordering is entirely cashless, and should be familiar to anyone who has frequented an Austrian McDonald’s in the last few years: Simply select the desired menu items at the large touchscreen mounted on the wall, pay contactless with a card, grab your receipt and wait. Progress can be followed on a monitor mounted above the door; after a few minutes, a cook will summon you to the counter to pick up your food.

With a changing menu of seasonal fare, the current list includes “hot dishes” (mostly soups); salads; sandwiches; desserts; and their signature item, pinsa – a kind of small, oblong pizza cut into six pieces. Beverages include tea and coffee (takeout only); freshy pressed smoothies, handspun banana milkshakes with funky flavors like “Manner” or “Spekulatius” and even their own craft beer, made in collaboration with the local microbrewery Brew Age.

Their chili sin carne (€6.50) was perfectly seasoned, the fiery chili flakes contrasting well with the dollop of cool vegan sour cream; but it came with an unenticing layer of oil swimming on top. Worse, it was far too liquid, barely passing as soup; even with a slice of bread – sold separately (€0.70) – it would be a challenge to scoop it up. As for their top-selling (and oxymoronic) “meat lovers” pinsa (€12.50), this dish may be a tad hubristic: While the sourdough was light-as-air, the meat substitute completely failed to emulate the real thing and merely added some aroma to the marinara sauce with chopped fresh basil leaves. The more honestly vegan variants like spicy eggplant and caramelized onion fare better, but for that money, you can get an artisanal pie twice the size elsewhere – a high price to pay for sustainability.

Their Russian potato salad (€6.30) receives full marks though, with the vegetables firm-yet-juicy, not too much vegan mayo and even the pleasing aftertaste of hardboiled egg; likewise, their white chocolate chip peanut butter cookie (€2.90) is all that it should be – chewy, but with a satisfying crunch when appropriate, it goes excellently with coffee.

Overall, Tolstoy shows promise – their system works, their pastel-colored premises are inviting, their ultra-transparent kitchen instills confidence. And the quality of the ingredients is evident. However, a killer menu remains elusive for now, as does a signature item – corn chowder is no whopper even by vegan standards, and with smallish pinsas north of €10, it’s doubtful they will ever boast “over 1 million sold.”

But if they can catch vegan lightning in a bottle, they may very well ride evolving food trends to global dominance, their namesake gazing down over his leafy beard onto the bustling high streets of the world. 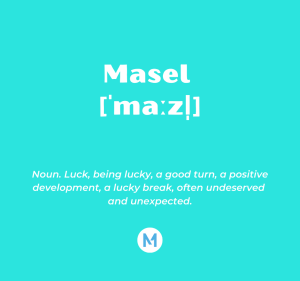