What Coalition Now for King Kurz? 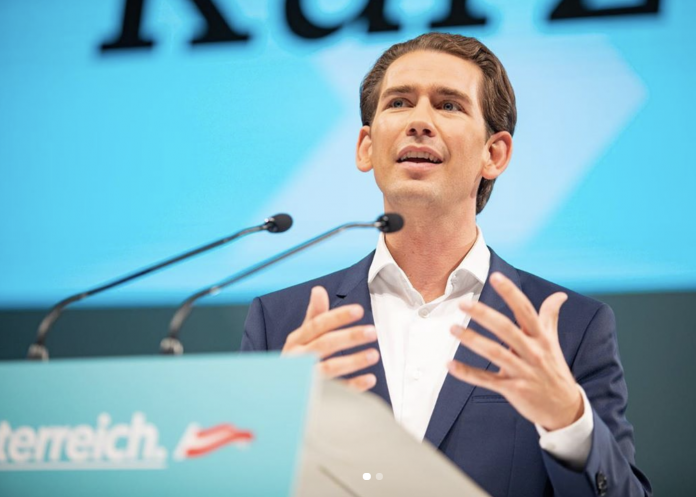 A coalition between Conservatives and Greens seems like the most likely option. Will ÖVP chief Sebastian Kurz go for it?

Austria has voted. With almost all postal votes counted today, the picture of relative winners and losers is clear.

Over 4.8 million Austrians voted, including more than 925,000 postal votes. The turnout of 75.05% is high in international comparison, but decreased by five percentage points since the last elections in 2017. It is the second-lowest turnout for parliamentary elections in Austria since 1945, whereas voter polls seem to indicate that particularly many former voters of the FPÖ chose to stay at home this time.

In the coming weeks and months, most of the attention will turn to ÖVP chief Sebastian Kurz. On average, building a coalition takes 62 days in Austria, this time it may well be a bit longer. Kurz’s large election victory gives him three options to form a coalition: The SPÖ, the FPÖ and the Greens. A coalition of only the ÖVP and the liberal NEOS, a favorite option for both parties, would fail to command a majority. So far, the People’s Party stressed that it’s willing to talk to all other parties in order to form a “stable majority” – minority governments are an extremely rare occurrence in Austria.

The path to a working coalition will not be easy, though. A government with the SPÖ would continue the tradition of Austria’s time-honored “Grand Coalition” – yet that is exactly what Kurz campaigned against when he ended the Kern-Mitterlehner (SPÖ-ÖVP) government in 2017. His rhetoric won him the chancellorship. It thus seems unlikely that Kurz would endanger his status as “political disruptor” by going for a grand coalition.

Another coalition with the FPÖ would be possible, but the Freedom Party is still rocked by scandal and many of its members blame Kurz for expelling their ministers after the Ibiza scandal broke, thus precipitating their sharp fall in these elections. As “losers” of yesterday’s election, FPÖ grandees are aware that they would have little to no leverage in new coalition negotiations. Thus, many voices already announced on the eve of the election that they don’t see the result as ”mandate to govern” and that the FPÖ would stay in opposition. Still, it’s an option.

Finally, Kurz could turn to the Greens, which are in some ways the biggest winners of this election. With gains of around ten percentage points, they even surpassed the ÖVP’s gain of almost six points. Moreover, their core competencies of protecting the environment, enacting a green economic transition and fighting climate change are hot topics in the era of Fridays for Future. Though pre-election polls showed that neither Green voters nor ÖVP voters were keen on the two parties forming a coalition, in light of overall results the option could become increasingly attractive. It would save the People’s Party from hitching itself to the scandal-prone, far-right FPÖ — and give the Greens a chance to govern.

The hurdles are substantial too, though. On issues like migration, the welfare state, climate change and even Europe, both parties lie far apart. Kurz knows how to change tack, but there is no question that the Greens would also have to give ground; unlike the People’s Party’s pragmatic and power-oriented membership, many Greens are idealistic and naturally skeptical of a coalition with what they see as the “populist” Mr. Kurz.

A coalition with the liberal NEOS would probably be the favorite option for many within the ÖVP, but both parties together do not command a majority in Parliament. A three-way “Dirndl” coalition – named after the traditional Austrian dress often in the same colors – including the (black) ÖVP, the Greens and the (pink) NEOS was floated as an interesting option before the election. But since the ÖVP and Greens would have a majority by themselves, its not likely that they’ll seek out a third, possibly destabilizing, partner.

Ghosts of Times Past

Thus, the wind seems to be gently blowing in the direction of a Conservative-Green coalition. We’ve been there before. In 2002, Wolfgang Schüssel and his ÖVP won an outstanding victory and garnered 42% of the vote. Ironically, this was also after the first ÖVP-FPÖ coalition had come apart at the seams, leading to a steep drop in support for the Freedom party (minus 16 percentage points, to a mere 10%).

Schüssel’s ÖVP entered negotiations with the Greens (at 9.5%), then led by Alexander Van der Bellen, who is currently the federal president. After several weeks of promising talks, the dream fell apart – apparently because Green party members in Vienna were not willing to support the coalition, but also because Schüssel seemed to prefer a black-blue coalition. The second ÖVP-FPÖ government was sworn in shortly thereafter, which governed until 2006, when Schüssel lost the election.

Sebastian Kurz was 16 years old when these events unfolded. He joined the ÖVP Vienna in 2003 and went on to serve in various “grand coalition” SPÖ-ÖVP governments from 2011 to 2017. From 2017 onwards, he was chancellor in his first ÖVP-FPÖ coalition. Observers pointedly commented that Kurz seems to be particularly good at ending coalitions when convenient, resulting in election gains at the expense of the erstwhile partner. This makes potential coalition partners increasingly wary.

Yet this is the melange that Austrian voters served up, and Sebastian Kurz and all other party leaders now face the task of forming a working coalition government — maybe this time, it will last for all five years.

Benjamin Wolf
Benjamin studied Journalism, History and International Affairs. After stints with Cafébabel in Paris and Arte in Strasbourg, he is now working as managing editor and COO for Metropole in Vienna. Fields of expertise are politics, economics, culture, and history. Photo: Visual Hub
NewsVienna News
Previous articleCultural Whale or Fish out of Water?
Next articleOpening the Castle Gates