The city of Vienna and the city of Toronto are nearly 7,000 km apart. Located on two continents, they’re cities with distinct cultures, languages and cuisines. Though their populations vary, both are mid-sized metropoles with high living standards. And both call themselves “Smart Cities.”

“Each city that aspires to become a ‘smart city’
defines for itself what that means.”

In quality-of-life rankings, many top cities happen to be “Smart Cities” – and more cities adopt Smart City strategies each year. Because more than two-thirds of the world’s population will be living in urban centers by 2050, it makes sense for leaders to use technology to increase livability and sustainability. But the Smart City label isn’t as cut-and-dried as “100% cotton” or “organic.”

Vienna, for the 10th time in a row, has been ranked by Mercer as the most livable city in the world. Toronto placed in the top 20 – not bad for North America, Wienersmight sniff. Both cities boast extensive public transit networks and low levels of crime. But Vienna really shines, Mercer says, when it comes to affordable housing, good medical care, and rich cultural life. Do the things that make Vienna more livable also make it “smarter”? What does it mean for a city to be “smart”?

A search for “smart cities” on a “smart” phone results in a slew of definitions. Broadly, the term refers to the combined use of innovation and technology to tackle urban challenges, from crime to housing shortages to pollution. Most goods get the “smart” label (these days, everything from TVs to cars to refrigerators) because they are in some way online, but “when we speak of smart cities, we always refer to technology and innovation that is designed to solve urban issues,” explains former Deputy Mayor Maria Vassilakou (Greens).

The issues vary from city to city , according to Giuseppe Porcaro, political geographer and head of communications at the Brussels-based Bruegel Institute. “Each city that aspires to become a ‘smart city’ defines for itself what that means,” he says. “Usually, [it] has a framework that details the specific goals it believes will eventually make it smart.” The label is multifaceted and also controversial, with each city’s strategy having a different scope.

Columbus, Ohio, for example, dedicates its entire smart city framework to developing electric vehicles and local mobility data networks. Amsterdam, in the Netherlands, focuses on energy efficiency, improved mobility and digitalization. Reykjavik, Iceland, introduced the urban program “Better Reykjavik,” which allows the city’s citizens to electronically crowdsource and vote on ideas to improve the local neighborhoods and sort out controversial issues together.

Vienna routinely gets top marks. Smart City Wien Agency, the city’s in-house urban policy and planning development body, credits its “efficient allocation of resources for technical and social innovations” in a way that puts “humans at the center.” This goal was set in 2006 and “is constantly used as the benchmark for urban projects in Vienna,” according to Vassilakou, who was also city councilor for City Development, Transport, Climate Protection, Energy Planning and Women’s Involvement.

“A strategy alone is not enough,” she notes: It is also the geopolitical and social developments of the past that allow a contemporary city to become “smart.”

“Four aspects, in particular, were decided by Stadt Wien as focal points for their smart city strategy: energy, mobility, housing and infrastructure,” explains Nikolaus Summer, senior expert at Smart City Agency Vienna. “What we aim to do is to synergize technological innovation with these factors and thereby improve the overall quality of life for all residents.”

Vienna’s top livability rankings are in part due to housing – where it has significant advantages over other cities. “Every city has a different starting point and different urban development goals,” explains Summer. Vienna “is Europe’s largest landlord and landowner, directly managing more than 200,000 homes through the municipality’s housing agency, Wiener Wohnen. This allows the city to build more housing and thereby control rental prices.”

Other cities, Summer explains, do not own anywhere near as much land, which also gives Vienna a significant advantage when it comes to affordable housing. But there are some challenges that are consistent across all cities, and for urban dwellers everywhere: One is mobility.

Traffic and pollution are the twin banes of urban lives. One response has been the e-scooter, whose providers have popped up globally, hoping to mitigate both. Avid e-scooter drivers ourselves, we asked whether these constitute a smart city technology.“ ‘Smart’ means having some kind of chip or sensor that knows something about the environment it interacts with,” says Jonathan Bright, senior research fellow at the Oxford Internet Institute. “An e-scooter knows quite a lot about its environment: Where it is, who is riding it, how charged up it is at a given time and in what condition. These are all characteristics of smart technology.”

But some define “smart” in other ways, for instance by environmental sustainability, rather than wired-up-ness. “If e-scooters are used by those who usually drive a car, I would consider them a smart city technology,” says Christoph Kirchberger, lab coordinator at aspern-mobil LAB in the urban development area of Seestadt. But in Vienna, where most e-scooter users aren’t reformed motorists, scooter use is not an environmental win. With the population growing, “the way people get to and from work needs to become greener and more sustainable, and in that sense smarter.”

Not just people but goods need to be moved from A to B – one reason that many drive cars. Kirchberger and team’s “smart” solution: cargo bikes. In Seestadt, there are now rental stations “so that local residents do not need to use a car to transport goods.” But would those work in larger urban settings, like downtown Vienna?

Not necessarily. “Cargo bikes alone do not solve the issue of greener transportation,” admits Kirchberger. Instead, “Vienna’s backbone is its vast network of efficient public transport,” which should be “complemented with further investment in bicycle infrastructure and transport sharing methods.” Even the best-laid plans need continuous improvement – and some may eventually require scrapping altogether.

Earlier this year, the city of Toronto learned that “smart” can mean many things – and that plans hatched without public participation may not turn out to be so “smart” after all: Toronto’s high-tech Quayside project and Google’s Sidewalk Labs were intended to create affordable housing and ease transportation on an eastern water front, in part by tracking pedestrians and using algorithms to nudge behaviors.

It could be “the most highly evolved version to date of … surveillance capitalism,” wrote US venture capitalist Roger McNamee, Facebook investor turned critic, in a letter to the city council. Public consultations are now underway – but the process has been criticized for being hurried and opaque.

But Toronto is at least in Canada – a democratic country. Shanghai, another Smart City, is not. “Shanghai has done a lot of very smart things in terms of urban planning,” explains Vassilakou. “ The city expanded its public transport system, invested in innovation and boasts a successful cooperation of educational institutions with the urban municipality.” But this was done with “an enormous civilian surveillance system” which she sees as “very problematic.” The system tracks people via camera and facial-recognition software, awarding or subtracting social points based on behavior. “Not everything that is tech is also smart.”

Vienna, firmly democratic, has avoided such pitfalls – but that doesn’t mean every Viennese initiative is a success. Take, for example, the wristbands developed by WAALTeR (Wiener Active & Assisted Living TestRegion), another Smart City Vienna Agency project.

The wristbands were designed to be worn by senior citizens, monitoring and transmitting their medical data to healthcare providers in order to save costs, including on transportation to clinics. When tested on 200 older residents, the city discovered that users first needed two years of technical support, on average, to make them work – and that they then had the effect of isolating their wearers.

“The wristband often replaced the only social interaction the seniors had, people who previously used the hospital and clinic visits to engage with others,” explains Summer. This is a perfect example of “too much focus put into smart city technology, rather than on considering the social factors.”

It’s also a good example of Vienna’s “very laissez-faire and consistent,” yet knowledge-based approach, as Vassilakou had said: “Together with the Smart City Agency, the different municipal departments try out new urban-designed technology and observe whether the implementation of the technology improves quality of life. If it doesn’t, the technology is discarded.”

“Not everything that is tech is also smart.”

It’s well and good for cities to do smart, tech-based planning, but Smart City-ness can seem like hype. “Of course, the term ‘Smart City ’ is to a certain extent a marketing label. But it is also a global trend that involves the economy and is therefore a very sustainable end,” says Vassilakou, remarking that “social, ecological and economic sustainability” go hand-in-hand. “As the saying goes, if it’s not economically sustainable, it’s not sustainable” – which means smart city strategies can only work if local industries, businesses and people are brought together and involved in making decisions and putting new technologies to work.

And indeed – the Smart City trend is attracting global financial attention, with recent data suggesting that the global Smart City market is worth somewhere between $500 and $1000 billion. The climate crisis has only increased investment and public interest. Vienna will be 7.6° Celsius warmer by the year 2050, according to a recent study by the Swiss ETH. “ is means that there is no way to avoid Smart City innovation,” says Summer. But unless there is the political will to ensure that strategies are funded and implemented, these “will not yield much improvement in the quality of life of everyday citizens.”

A Rose by Any Name

Whatever label sticks, cities clearly need to get smarter: Climate change and urbanization require new thinking, and cities need to improve quality of life while also becoming greener and more sustainable. Tech should be a means, not an end.

“Not every innovative technology associated with urban planning is ‘smart.’ What makes the difference is weighing each technological innovation against its social context and impact, testing it and seeing if it leads to an improved quality of life,” says Vassilakou. “If the sole focus of supposed ‘Smart City frameworks’ is on investing in technology, the results will exclude the people living there.” 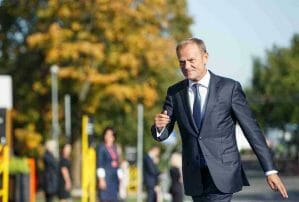