If they held a competition to pick the biggest winner of the EU budget and recovery fund summit, Hungarian Prime Minister Viktor Orbán would be a strong contender. He celebrated the outcome as a clear success because his country will get billions of euros that – according to his interpretation of the final text – are not conditional on his country abiding by the rule of law. Polish Prime Minister Mateusz Morawiecki interpreted the document in the same way.

The European Commission, however, sees the summit result in a different light. “The reference to the rule of law in the [European Council] text is clear and readable,” Justice Commissioner Didier Reynders said, adding, “The European Council announces that a conditionality regime will be introduced.”

That leaves a lot of wiggle room, and the debate over what the summit really decided about the rule of law was hardly resolved by European Commission President Ursula von der Leyen’s remarks as she touted a “very clear commitment to the rule of law” in the final document.

The matter is vital to both Hungary and Poland, as both are in open conflict with the Commission on whether their governments adhere to the rule of law. And both governments – Hungary’s more so – no longer care about playing according to basic EU rules. These are rules that – rhetorically although not in practice, as events in recent years have shown – are held to constitute the fundamental common values of the member states.

The term “rule of law” has become a curse. Or a blessing. It depends on your point of view. It is used so often that the real meaning of the phrase has been lost not just in translation but in real politics as well.

The threat that breaching the rule of law will result in tangible sanctions has vanished, because those who make such threats – EU commissioners most often, some other Western politicians less so – are not willing to back their words with deeds. The Hungarian prime minister knows very well that he gets political backing when needed from his conservative party’s family group in Brussels, the European People’s Party. Even though he was formally suspended from the EPP in March, he still uses his contact, especially CSU from Bavaria, to level off the EU influence.

His Polish counterpart relies more on the size and importance of his country in the overall European setup. Both leaders have honed diplomatic skills that allow them to swim in European waters, to muddy them but not to sink. These two countries are the hard evidence of the breach of a basic common European value. Witness the smashing of independent media and the opposition in Hungary or the Polish ruling party’s assault on the judiciary.

Not the Only One

But elsewhere in the region, we see soft rule-of-law bashing, which undermines trust in public institutions and common European values represented by the rule of law. Slovak Prime Minister Igor Matovič was recently accused of plagiarizing his university thesis. While previous cases of plagiarism have seen other Slovak politicians backtrack and suffer public shame, Matovič is fighting with journalists as well as with academic rules. Compliance with those measures is and should be part of the rule of law, but Matovič – as exemplary populist – shifts attention elsewhere without a qualm, admitting his mistake only rhetorically but refusing to countenance any real consequences.

Czech Prime Minister Andrej Babiš displays a similar disdain for the rule of law as he goes about adapting Czech laws to his needs as the indirect owner of a big company, a recipient of EU funds, about which politician Babiš makes decisions. The conflict of interest, plus misuse of EU funds in the case of his Stork’s Nest “farm” (the never-ending police investigation continues) are clear breaches of the rule of law.

These activities present lesser threats to the political system than the authoritarianism of Orbán or the nationalist pragmatism of Mateusz Morawiecki, but they are most definitely not part of the playbook to which countries in Central Europe were supposed to subscribe on their way to EU membership.

The rule of law in Central Europe has fallen victim to a broader trend – the withering away of value-based politics. These days, the only things held up as worth fighting for are empty slogans and pure political marketing while the underlying goal is merely to retain or gain power. The rule of law has become a jumble of letters stripped of its original meaning, at least in Central Europe. It has become an arrogant (and empty) term used by arrogant humankind, in the manner Václav Havel so tellingly described in his essay Words on Words in 1989.

May the time come soon when this phrase will get back its original meaning. That could be critical for preserving or renewing liberal democracy in this part of the world. 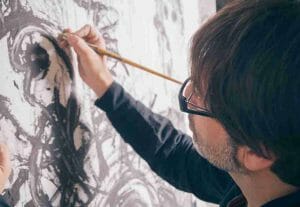 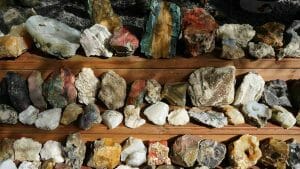 In “Motley Stones,” Adalbert Stifter Describes the Allure of Nature