Noun. Bummerl refers to a loss, originally in the central European card game, Schnapsen. Extremely popular in Bavaria, Austria, and former countries of the Austrian Empire, it evolved from earlier trick-taking card games, becoming widespread in the 17th century.

Often played at taverns and inns, the stakes were usually libations like Schnaps – hence the name – to circumvent church and government bans on gambling for money.According to the Viennese playing card manufacturer Ferd. Piatnik & Söhne, Bummerl, is an archaic term for a small wooden keg of beer, which was often the prize the loser had to pay.

Presumably when the barman was out of Schnaps. Like many other games, it eventually became an analogy for life in general, leading to colorful, often wistful expressions like “Ana hat imma das Bummerl.”(Someone always gets the Bummerl, in other words: Someone always has to pay the price).

Interestingly, Austrian Law doesn’t consider Schnapsen a form of gambling but rather a game of skill like chess, bridge and Tarock, another very old trick-taking card game played with tarot cards still highly popular in Austria and the successor states of the Austrian Empire. 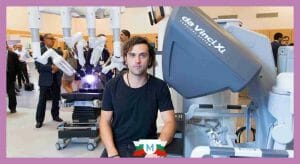 After Europe | Ivan Krastev’s Doomsday Prognosis for the EU