The phrase derives from the ubiquitous e-card, a single electronic card for all social services – including health insurance, unemployment benefits, and social security, first issued nationally in 2005 to cut down on paperwork.

Found in most Austrian wallets, any visit to a physician inevitably starts with the receptionist asking for one.

Depending on the context, the term may refer to either a legitimate illness or to exploit the system for increased time off work. E-Card Urlaub can refer to abuse of sick leave, which can also be described as a vacation request to the doctor.

In recent years, the e-card system has been continuously expanded in Vienna and all over Austria to include applications that are beneficial for both patients and healthcare providers. 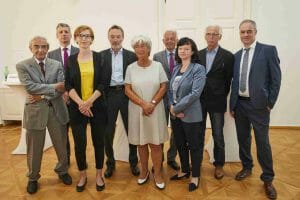